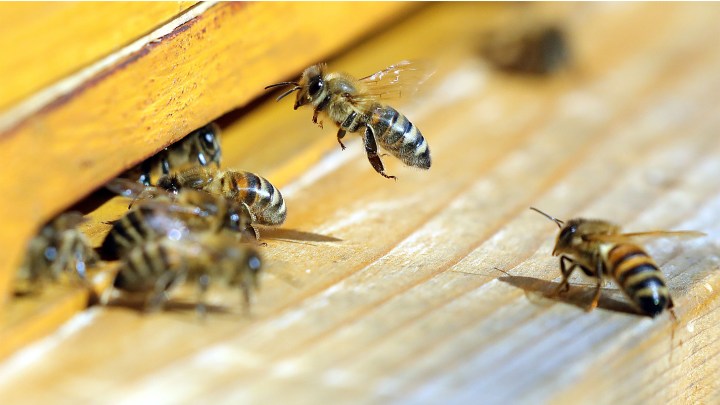 Back in March the Marketplace team traveled to the United Kingdom to better understand the economic impact of Britain’s decision to leave the European Union, which was originally set for March 29. Brexit is now scheduled for Oct. 31.

A lot has happened in the past two months. Prime Minister Theresa May has announced her resignation, and the no-deal Brexit Party dominated the European Parliament elections this past weekend.

Businesses in the U.K. have been dealing with a lot of unknowns, and many have been trying to prepare for rising import costs by stockpiling goods. One of the many businesses doing this is From Field and Flower, a specialist honey retailer based in London’s Borough Market. Marketplace spoke with owner Samantha Wallace back in March. She told us: “We tried to stock up as much as we can, because we thought we were exiting on [March] 29th. But government has been a bit back and forth on the issues, shall we say.”

Marketplace spoke with Wallace again to see how business has been faring amid all of the latest changes.

Click on the media player above to hear the full interview.