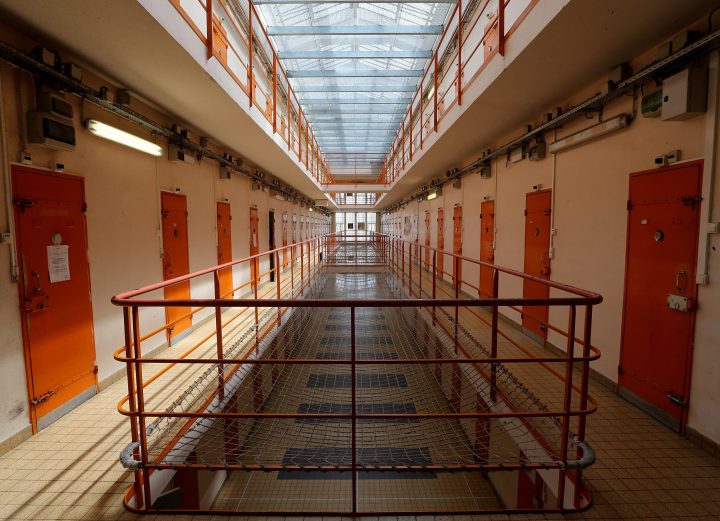 The cost of living is tough for many people to keep up with, but when you’re living behind bars, those costs are even higher. Prices for basic commissary items and phone calls can be severe, while prison jobs pay far less than a civilian wage.

“I had one month where I spent $500 just on phone calls,” said Morgan Godvin, who spent four years in prison after battling an addiction to drugs. But Godvin received a large amount of money before serving time, which changed her prison experience. Godvin was recently released and returned to school. She also writes about life inside prison.

My name is Morgan Godvin. I served 20 months in county jail and then two years at a federal prison outside of Oakland, California. Shortly before I became incarcerated, I received a large sum of money, $96,000. My mom had passed away, and it was the life insurance. That money fundamentally altered my prison and re-entry experience.

There are prison jobs, and those pay about 20 cents an hour for full-time work. So a really good monthly wage would be $60 a month. I spent that in a few days. A 15-minute prepaid phone call costs $6.25. I had one month where I spent $500 just on phone calls. Obviously, I could make three, four, five, six phone calls in a day. I knew I didn’t want to lose my car, so I was able to make these multiple series of phone calls to get my car put somewhere safe. When I got a little bit closer to release, I called a different friend who was a student at Portland State, and I’m telling him my name, birthday so he can create this account for me essentially pretending to be me online and registering me for classes. So because I can afford a prison phone call, I registered for classes.

The day I got released I had $12,000 remaining in my savings. My first outing after prison, I was able to go to the outlets and buy an entire new wardrobe. I still had my car; I could drive to my job interviews. I was able to buy a laptop for my studies, all the textbooks that were required. And as I’m buying all these things, I don’t give it a second thought. I’m just swiping my debit card, swiping my debit card. I spent $4,000 the first month I was out of prison. That was just the bare minimum to get re-established as a citizen. And when I looked at that number, that’s when I really started to think, “What about everyone else?”