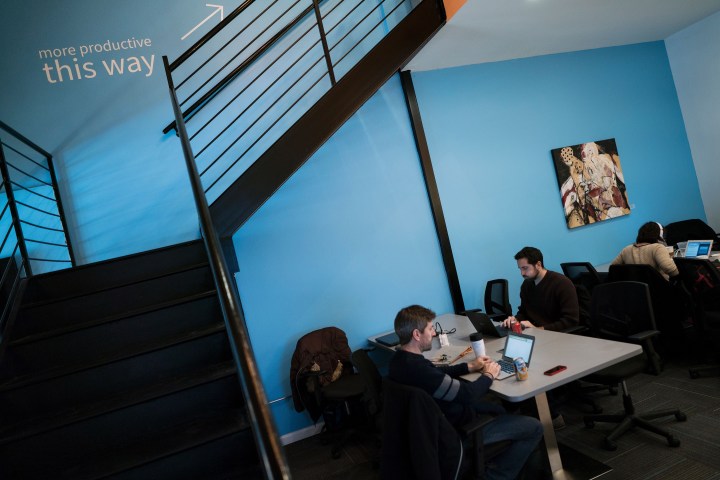 An ongoing national survey of millennials pays special attention to how race and ethnicity shape respondents’ experiences. University of Chicago political science professor Cathy Cohen is the founder of this GenForward survey. Her latest results looked at millennials economic lives.

Cohen spoke to Marketplace’s Kimberly Adams. Below is an edited transcript of their conversation.

Kimberly Adams: What jumped out at you the most?

Cathy Cohen: Both the kind of optimism of this group and also the cautiousness. Generally they believe they’ll find a job that allows for a comfortable life. They also believe, to some degree, that they’ll have a better life than their parents or the previous generation, but they also have some real skepticism and want some real protections. And what I mean by that is they’re looking for an active state. So they support the idea, for example, of taxing the wealthy — the billionaires and millionaires — to provide for money to retrain workers. They believe that the government, for example, has an obligation to workers who are displaced by technology.

Adams: What did you find that millennials value when they’re looking for a new job?

Cohen: If you ask, “What do you value?” they will tell you, “We value a flexible work schedule.” I think we found that across race and ethnicity, as well as party ID. Young African Americans are more likely to value diversity. But when asked, in general, when we gave him a long list and said, “What are the priorities that you focus on when deciding to take a job?” at the top was salary,  and No. 2 were benefits.

Cohen: Yeah, I think this is another myth-busters speak. Young people say that if given the choice between kind of participating in the gig economy or having one long career, they prefer one long career. Now really only about up to maybe a third of young adults say that their current job is a career. So I think they’re, you know, they are forced because of the structure of the economy to take job after job, thus the gig economy. But if given a choice, they’d like the idea of having kind of stable salary and benefits and one long career.