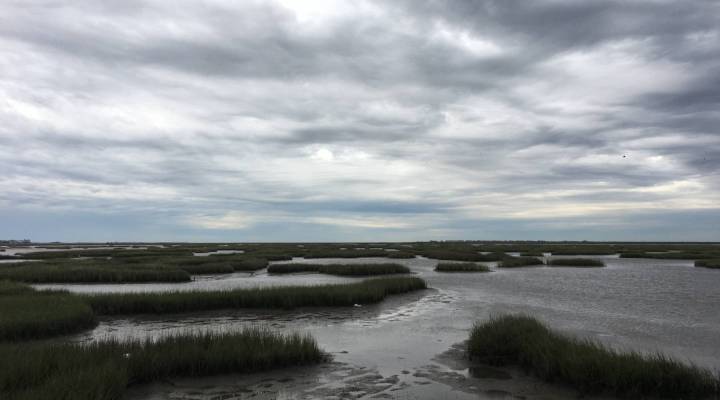 Texas pumps more carbon emissions into the atmosphere than any other state, according to the Energy Information Administration. But a tiny non-profit on the Texas Gulf Coast says private landowners could be making money off those emissions, while helping to offset them.

The group says that the concept of a “market” for carbon — where carbon-producing businesses or individuals would pay landowners to preserve coastal marches — is a promising business solution in the fight against climate change.

Between the Green New Deal, proposals for a national “carbon tax” and so-called “clean” coal plants, there’s no shortage of ideas out there for how to curb carbon emissions. But environmental lawyer Jim Blackburn said he’s got the Texas answer. “So much of the conversation at the national level is punitive,” Blackburn said. “It’s negative about carbon, period, and it turns a lot of people in Texas and, I would say, the central United States, off.”

Blackburn recently made his pitch at a coastal nature preserve near the city of Galveston. The patchy islands of dark green marsh grass open up into a nearby bay, and the horizon is filled with vacation homes and oil refineries. Blackburn’s system, the Texas Coastal Exchange, allows businesses and people to offset their carbon emissions by paying landowners to keep marshes in their natural state.

Why marshes? “They basically take carbon dioxide out of the atmosphere and put it into the root system and vegetation that you see in front of us out here in the marsh and, over time, that builds up in the soil,” Blackburn said. “That’s just what they do.”

The U.S. Fish and Wildlife Service says there are more than 380,000 acres of saltwater marsh in Texas. According to Anna Armitage, a marine biologist at Texas A&M University at Galveston, studies have shown marshes are better at sucking up carbon on a per-area basis than forests.

“People think about tropical forests as storing lots of carbon because they have huge trees, and that’s true, but they don’t have as much carbon below-ground, which is really where it’s stored for decades,” she said.

Azure Bevington, a coastal ecologist working as a science consultant for the project, called the ability of coastal lands to suck carbon out of the air a “service.” “These types of wetlands don’t have an income stream. You conserve them because you want to conserve the services,” she said.

Bevington says that a “marketplace” like Texas Coastal Exchange’s gives landowners a financial incentive to keep marshland natural. The plan is premised on the idea that people are willing to pay for their impact on the planet.

A local sustainability-minded firm, Kirksey Architecture, was the first to buy into the exchange. “We’re in the business of developing and designing buildings. That, in and of itself, is going to create a certain, you know, carbon offput,” said Wes Good, the company’s president.

Kirksey is paying a local conservation group, the Galveston Bay Foundation, about $14,000 for a year to preserve roughly 200 acres of marsh the foundation already owns. The entities estimate that offsets about a year’s worth of Kirksey’s carbon footprint. Texas Coastal Exchange gets a cut of the money, about 15 percent, for facilitating the deal.

The exchange’s first carbon offset deal is informal — there’s no contract involved and the groups are working together to promote the idea. One of the architecture firm’s executives even sits on the exchange board.

There is a risk that programs like these can allow a person or company to feel better about their carbon emissions, without actually trying to lower them. “You know, say a refinery just pays for an offset rather than reducing its own pollution,” said Luke Metzger, head of the advocacy group Environment Texas. “We need the markets, but we also need to make sure those major local emitters also are doing as much as they can to reduce pollution on-site.”

Metzger said the exchange won’t be able to replace the many other climate solutions that scientists say are needed to reach net zero emissions by about 2050, a target that, if achieved, could avoid the worst impacts of climate change.