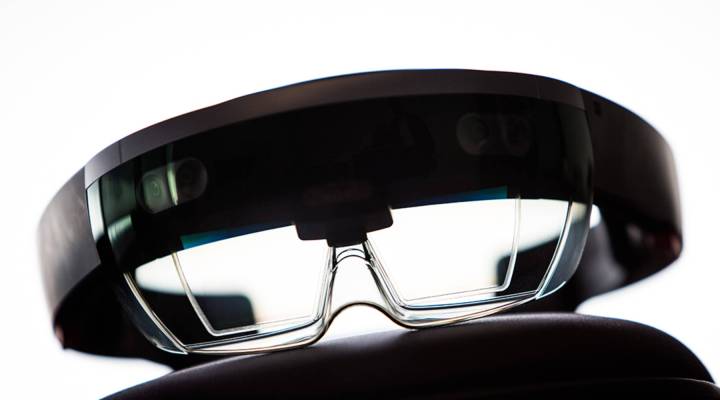 A group of Microsoft employees have published an open letter to company leaders titled “HoloLens for Good, Not War.” HoloLens is Microsoft’s augmented reality headset. The company has signed a nearly $500 million contract with the U.S. Army to use the headset to train service members. Google and Amazon have also faced employee backlashes over military contracts. Molly Wood talked with Robert Latiff, a former U.S. Air Force major general and author of the book “Future War: Preparing for the New Global Battlefield” about how he makes sense of the employee responses. The following is an edited transcript of their conversation.

Robert Latiff: I actually think that there is a lack of understanding. If we were asking the people at Google or Microsoft to build a bullet that exploded inside a person and just ripped them to shreds, that would be one thing. But we’re not asking them to do that. We’re asking them to provide data and information to make things better and more accurate. At least a small group doesn’t seem to be able to make that distinction. They view every piece of defense work as killing babies, to use a phrase from when I was coming up through the military. There’s no fine distinctions there. It’s all or nothing.

Molly Wood: Then why do you think there’s been this recent outcry?

Latiff: It’s a different kind of thing. If the Department of Defense, for instance, wants 10,000 computers, they’ll go to Dell or whatever company and buy the computers. In this case, they actually asked the company to do something for them, research or an adaptation, which would provide a military capability.

Wood: What is the alternative or what do we stand to lose if these companies don’t modify this technology for military use or go forward with these contracts?

Latiff: Take the Google case, Project Maven. On the surface, the Department of Defense was asking Google to help them with using artificial intelligence techniques for looking at photos with the idea that they were going to make their targeting more efficient. The engineers at Google said, “Absolutely no way. We don’t want to be involved in the drone missile strikes program.” But if you dig one level down, why wouldn’t you want the Department of Defense to be more accurate? Would you rather the Department of Defense be killing innocent civilians by accident? While on the surface it looks like at least a reasonable complaint from some engineers, I think it’s wrongheaded.

Wood: One of the things that Marketplace’s Kai Ryssdal often talks about is the degree to which Americans are increasingly uninvolved in the operation of the military. Most Silicon Valley engineers don’t know anyone who’s in the military. I wonder if some of this speaks to that separation.

Latiff: It absolutely does. I spoke about this in my book at quite some length. The American public loves its military. They don’t know anything at all about it. Yes, there is a distinct separation between the public and the military. Honestly, this group of engineers, both at Microsoft and at Google, it’s a relatively small group of people when you consider the size of those organizations. I think they probably also represent a relatively small percentage of the public opinion.

Microsoft CEO Satya Nadella is in Barcelona this week for a big telecommunications trade show where the company released HoloLens 2 to rave reviews. Many people asked him about the contract with the Pentagon. He said the company is happy to “engage in dialog with our employees on a continuous basis” but said Microsoft has “made a principled decision that we are not going to withhold technology from institutions that we have elected in democracies to protect the freedoms we enjoy.” Thoughts? Email us! mptech@marketplace.org.

Today is the Senate Commerce Committee hearing on data privacy. The House held one yesterday, and it got a bit rip-roaring, at least for a committee hearing. Witnesses representing the tech and advertising industry are mostly arguing for a federal law that would preempt any state laws and would be primarily based on the companies regulating themselves. Privacy advocates mostly disagreed.

But, as Axios points out, so far it’s only a handful of states, not the federal government, that have enacted any privacy legislation at all. When we’ve seen companies make any privacy changes, it’s because they got called out by the press or they had to to comply with Europe’s General Data Protection Regulation.

Listener Matthew Gale decided to help everybody out by writing a brand-new amendment to the Constitution. He says he tried to make it sound all “constitutionalish.”

He suggested this language:

“How exactly does one get an amendment ratified?”

Well, I believe Schoolhouse Rock is the place to start.