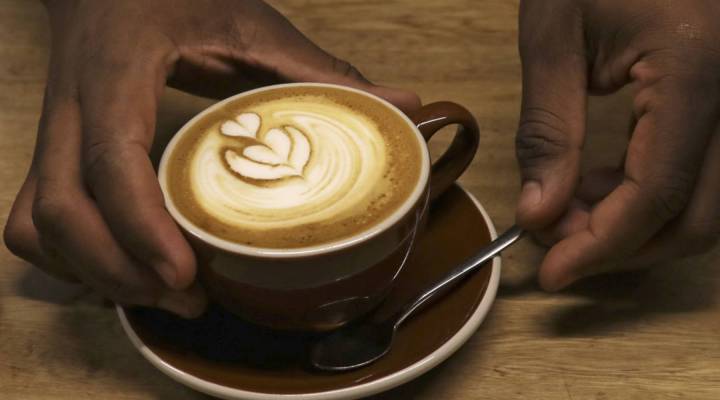 Coffee has become increasingly baffling to the average consumer: First it was the rise of one-pump half-caff whatever, followed straightaway by the no-milk-no-sugar-wait-five-minutes-for-a-cup trend, leaving people wondering why getting a good cup of coffee has to be so complicated?

Lately, there’s been even more conflict in the coffee pot, as café customers are paying more than ever for their morning mug while also reading news reports about plummeting returns for coffee farmers. Internationally, green or unroasted coffee, is traded commercially on the C Market, which dropped below $1 per pound for farmer-delivered green over the summer of 2018. The reason for the dip is complicated, but it’s caused in part by the fact that highly efficient producers, such as large machine-assisted estates in Brazil, are able to keep their production costs low while flooding the marketplace with supply — which the average smallholder farmer can’t do.

The coffee industry, specifically the specialty sector, raised a collective shout over the low price and the fact that it doesn’t even begin to cover the majority of coffee producers’ cost of production, but the outcry left consumers to wonder what causes the disconnect between the cost of raw goods and the cost of a cappuccino. Unfortunately, it turns out that the answers are no less complicated than trying to decode a coffee shop menu.

Chad Trewick was a green-coffee buyer for a large coffee chain for 20 years, and he says he saw the C Market stay “flat or down” the entire time. “You can look at the other daily basket goods and they’re all up: eggs, meat, fuel, bread, even roasted coffee, but green coffee has been flat.”

By “flat,” Trewick means that the price per pound of green coffee traded on the C Market has not tracked up, or even spiked over $1.50 for any substantial period. At the time of this writing, coffee is marked at $1.03 by the Intercontinental Exchange (ICE); to put that in context, it was also at $1.03 USD in February of 1976.

One reason the market has stayed this low this long is that the efficient countries are becoming more efficient through consolidation, while small farmers either attempt to scrape by and hope for better prices in the future, or else simply walk away from their coffee plants. To make things more complex, the C price only barely represents the money farmers who deliver to the commercial market actually receive for their yield; in fact, they may receive as little as 40 or 50 percent of that price in some countries, after labor, supplies such as fertilizer, administration fees, and other costs are paid out. Fair Trade USA has said that a cooperative of coffee farmers in Honduras, for example, was averaging a price of $1.14 per pound in 2015, while their cost of production was estimated closer to $1.37 per pound.

Inefficient producers, mostly small-farm owners with fewer than 3 hectares of land, represent an enormous percentage of the coffee value chain throughout Mesoamerica, Africa, and Asia-Pacific regions: According to Direct Origin Trading founder Karl Wienhold, 25 million smallholder coffee farmers produce 80 percent of the global supply. Their small output, and lack of resources and market access increase their cost of production, which is not accounted for by the C price.

“The system of trading coffee as a commodity intentionally disadvantages the producer,” said Ric Rhinehart, longtime executive director of the nonprofit trade-representation organization the Specialty Coffee Association. “The people who can produce coffee very efficiently are succeeding,” he said, meaning large technified estates with access to labor and equipment — “and the people who can’t are failing.”

How the price of coffee gets inflated

One way that many coffee companies have attempted to bridge this gap for producers is by seeking out small-farm owners who are focused on quality, and buying their differentiated products more directly from them. While this means that the producers themselves are making more money for their green coffee, with higher prices typically assigned to higher-quality lots, it also drives up the overall price, factoring in the much higher transportation, shipping, milling, sensory-analysis resources, and time and effort costs that go into these “discoveries.”

In other words, it costs a lot of money to do good business in the world of very good coffee.

According to Trewick, who now runs a producer-focused consultancy called Reciprocafé, only 10 percent of the global value generated by the coffee chain stays at origin, while 90 percent is generated closer to the consumer end, such as in importing fees, roasting and marketing costs, and the operation expenses of running high-end cafés. Not only is the green coffee more expensive by design, but there’s also labor, rent, sleek packaging, and designer lighting to consider. All of the trappings of upscale coffee contribute to the rest of the cost at the retail level, and those expenses are layered on top of import fees and tariffs, shipping and storage, and of course the profit margin that every actor along the chain necessarily adds. According to an illustrative guide published by the Specialty Coffee Association of America in 2014, the cost of a pound of roasted coffee is nearly three times what it was before roasting — and it hasn’t even made it to the coffee shop yet.

Dedicated and farmer-conscious coffee professionals, however, have tried in their own way to start reconciling the price gap between raw and roasted beans, as smaller roasters and café owners try to create more awareness and redirect a higher percentage of funds back to growers through more conscientious sourcing practices. For some larger and mid-size coffee companies like Chicago-based Intelligentsia Coffee and Stumptown Coffee from Portland, Oregon, this has meant buying full-container lots of nearly 300-bags directly from producers, with prices based on quality and with an eye toward long-term relationships.

Smaller companies, on the other hand, are increasingly seeking outsourcing partners such as specialty importing companies, who offer some degree of risk absorption and “matchmaking” services to partner small-farm owners with small-business owners.

“I feel like as a group we should be reaching out to our customers and describing the complexity and world impact of coffee,” said Joey Gleason, co-founder of Buckman Coffee Factory, a shared coffee-roasting facility in Portland, Oregon. “It’s a really hard conversation because it’s not a short conversation.”

Gleason and her sister Cassy opened Buckman to provide smaller roasting companies with equipment and space to roast and package their coffee without having to invest in the up-front expense of buying their own machines. She says that the cooperative structure of their roastery and warehouse has also informed their clients’ coffee-buying strategies, which is one way to significantly increase the amount of money a producer makes without necessarily driving up cost to the end consumer. Buckman regularly hosts events where coffee farmers present several different products to a group of interested roasters, who can then pick and choose their lots on the spot.

Gleason, who is also the owner of a small coffee-roasting company called Marigold Coffee, says that small roasters have more capacity to buy higher-priced, more ethically traded coffee because they keep tighter margins, selling coffee at retail rather than wholesale cost.

Trewick agrees that collaboration might be the “real innovation” in coffee, as small companies interested in making a difference will focus less on competition and exclusivity and will instead start pooling their resources, even pooling their buying in order to create a more direct, and therefore more profitable, market for producers. “If we worked on that consumer message, we could apply a different kind of pressure, and consumers would then apply that pressure to brands,” he said.

Consumers asking how they can be sure that their cup of wake up is somewhat woke should feel empowered to ask more questions about the origin of their coffee, and to seek cues like additional information on bags and signage in their favorite shop. While a nice story and a few pictures don’t guarantee that the producer got more of a square deal, they’re better cues than the anonymous $1 cups from the doughnut cart or the $8 pound of grocery store beans.

“We need to convince consumers that they have not only the right but also the responsibility to ask whether this coffee is keeping the farmer alive,” Rhinehart said. 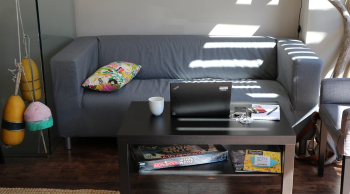