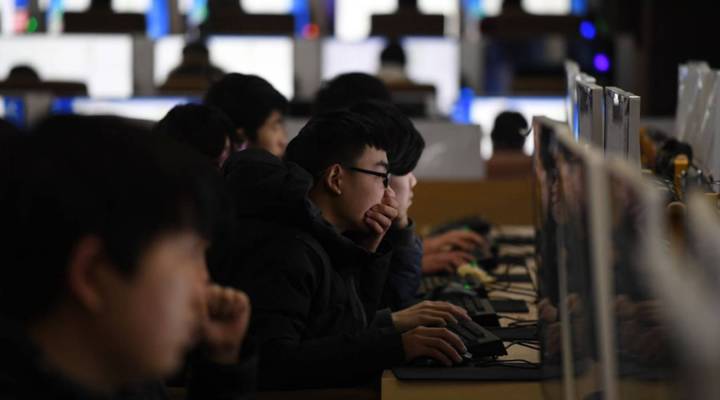 In the United States, would-be internet stars turn to YouTube, Twitch or Instagram. In China, it’s a livestreaming platform called YY, where creators sing or tell jokes to an audience that pays them directly in the form of digital gifts. Top streamers can make $100,000 a month or more, and lots of people now want in on the action. A new documentary about China’s livestreaming economy, “People’s Republic of Desire,” is in some U.S. theaters now. It’s about loneliness, fame and greed. Molly Wood talks with the film’s director, Hao Wu, about how China’s livestreamers are mostly looking for a better life. The following is an edited transcript of their conversation.

Hao Wu: Livestreamers are very popular in China right now because they have come from very poor backgrounds with little education and don’t have great career prospects in real life. So the kind of jokes they tell tend to be a little bit dirty or “crass,” and also they just sing some cheesy pop songs to appeal to their fans. These are the type of content that a typical, let’s just say a migrant worker, after he or she have finished working in a factory or in a dead-end office job, when they go back home they want to consume this type of content and be able to interact with the livestreamers.

Molly Wood: And then, as your story goes on, you know, at first it seems very democratic, like you could really have this dream and make a lot of money doing this, but it becomes very clear that there’s then a whole business behind it and there’s this sort of layer of these agencies and bosses. Right?

Wu: That’s correct. I mean, livestreaming started off in China as just a simple way to have some real-time free entertainment. But gradually as livestreamers accumulate more and more fans, and fans started buying them a lot of digital gifts, when there is money to be had, naturally, a lot of different characters try to make money off this whole system. So it evolve into a very elaborate game, that’s actually mirroring a lot of the social hierarchies and the capitalist pursuit in real life, they evolved online as well.

Wood: Right. I think we’ve certainly seen a similar evolution of internet content where it was like anyone can do this, and then it got more and more polished, and then there were middlemen and agencies and agents, and now it’s sort of starting to feel more like, I don’t know, television or entertainment. Do you see the same thing? Will there be companies buying other companies and winners and losers there, too?

Wu: Yeah, I mean technology has this characteristic that just accelerate things. So livestreaming right now is really like real-life show biz, but just on steroids. For example, like the agencies in the livestreaming space, they spend a lot of money, real money into buying the livestreamers they manage either votes or digital gifts to pump up their popularity, and in return they take a 20 percent cut into their income. And the livestreaming platforms, knowing that everybody’s trying to make money, they design a lot of competitions trying to encourage all the patrons and fans into spending money to support their online idols to win the competition so they can take a huge cut. For example, most of the livestreaming platforms, they take between 50 to 60 percent of the income. So everybody seems to want to make money off this, and because it’s online, it’s very scalable. With these online platforms, millions and millions of people are watching it. So everybody’s out to make a quick buck and make a lot of money.

Wood: Why do you think that it’s so popular — viewing livestreaming and paying people directly and this whole sort of phenomenon?

Wu: I think just livestreaming just taps into a lot of internet users needs. For example like here, in the U.S., when I go to visit YouTube, when I look at the content, I also find it bizarre why millions of teenagers consume that kind of content. So in China as well, before I started filming this I really couldn’t understand why so many “diaosi losers,” the self-identified losers in China’s society, they like livestreaming as well. But I think ultimately though it’s because these kind of poor fans, they are watching another person of similar background creating content, streaming it live, that the content is actually to their taste. Whether it’s because like dirty jokes or some simple karaoke singing, they actually like that content. More importantly, they like to consume this content live. So they feel like they’re interacting with the livestreamers, and when they spend a little bit of money to buy digital gifts for these livestreamers, the livestreamer will acknowledge them in that showroom. So they feel like they have certain control over this kind of entertainment consumption process. Because when a user watch typically televisions, they are passive, but in livestreaming, you can participate in that process.

Wood: One thing that we’re starting to slowly have in the U.S. is a conversation about the sort of morals of YouTube culture. Right? What is the responsibility of the company? Because they also profit when these stars do these big stunts that might be in poor taste or really offensive. Is any of that conversation happening now? Is there any kind of a broad social conversation about exploiting these hosts or users?

Wu: Yeah, it’s definitely happening in China as well. So I think the government is actually trying to crack down on livestreaming because they don’t want, first of all, a lot of young people are watching livestreaming. They don’t want young people to consume a lot of content that’s sexual. At the same time, because on livestreaming platforms wealth is very blatantly worshipped, so the government doesn’t want this kind of values being conveyed to the younger generation as well. 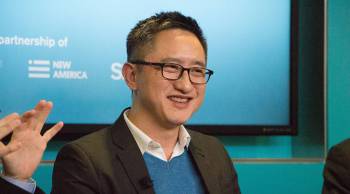