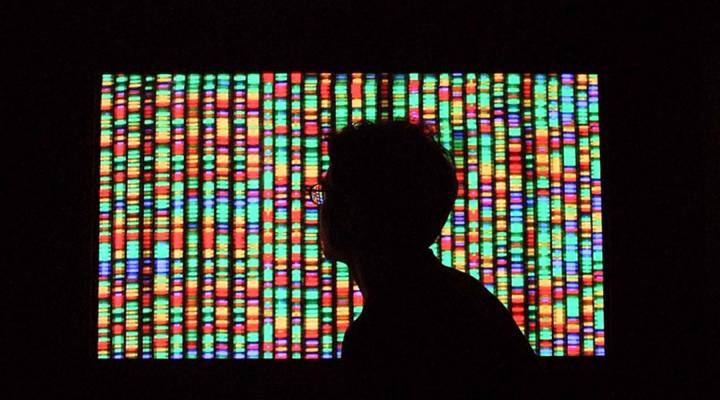 News broke this week about a Chinese scientist who says he edited the genes of twin girls while they were in the womb. The goal was to make the girls immune to HIV, but editing human genes at that level is ethically controversial and illegal in many countries. It raises many questions about creating genetic traits that can be passed on and about a future where people choose the genetic traits in their children. Not surprisingly, it’s a topic well covered in science fiction. The 1997 movie “Gattaca” is about a future where your genes determine whether you’ll succeed in life or be considered an “invalid.” Molly Wood talked about it with Amy Webb, founder of the Future Today Institute. Webb said there are plenty of benefits to gene editing technology, but that “Gattaca’s” social commentary was all too prescient. The following is an edited transcript of their conversation.

Amy Webb: The parts of that movie that I think were so spot on … it wasn’t necessarily the technology itself, but the application of that technology throughout society. I think it’s entirely plausible that we could be heading into a situation in which due to certain circumstances and the distribution of wealth and the distribution of health care, it’s plausible that we could have engineered humans who succeed in life. I’m not talking about huge changes. I’m talking about small things, like eradicating certain diseases for certain groups of people and everybody else is kind of just left to deal with Darwinism on its own.

Molly Wood: So when you see news like we saw this week with at least one Chinese scientist saying that he was doing gene editing on babies before they’re born, do you think to yourself, “OK, the future has arrived and now these storylines are going to come to pass, too”?

Webb: Yeah, the problem is that that future arrived a couple of years ago. So what we heard about in the news this week was not the first instance of a Chinese scientist using CRISPR to edit the genome. So already, like in 2015, that was the first time that we heard about other experiments happening. We did it ourselves in the United States in 2017. It’s just that some of the circumstances were different. But this is not our first foray. So what we’re really talking about is what happens when we alter or edit our gene pool, and whatever the result of that is is heritable.

On the one hand, it’s possible to weed out certain genetic disorders. On the other hand, it’s theoretically possible to create babies with six fingers on each hand so that in that scene in “Gattaca” where there was a piano player with 12 fingers playing an extraordinarily complicated piece, playing a piece that was built for somebody with 12 fingers. You know, it’s theoretically possible that we could be moving into a future in which we are bestowing upon certain people genetic capabilities, biological capabilities, that other people don’t get. That’s the real sticky problem with germline editing. It’s what becomes heritable and what are the consequences of that, both good and bad.

And what that points to is maybe not a Huxleyan future, necessarily, or even what we saw in “Gattaca,” where based on your DNA, you were assigned to a worker class or to an elite thinking class. But it is possible that we could be moving toward a sort of new economic class of humans. If your family had enough money and the resources to edit you before you were born, you’re going to have certain advantages, and we may find that society discriminates against people who weren’t engineered. That does look like a real possibility even if we don’t have people with six or seven fingers on each hand to play extra hard concertos.

Wood: Right. I mean, these technologies always start out as, “We want to prevent disease.” But it feels like at some point some version of “designer” gene editing is inevitable, that people are going to want it.

Webb: Right. So the problem is we tend to use the word “designer” next to gene editing a little too often. And I think that makes a lot of people think of almost like an a la carte list of genetic traits that you get to choose from. You know, “I want a baby that has curly blond hair and green eyes and is 6.5 feet tall.” There are some real benefits that we can be moving toward as humans once we are able to edit certain traits. On the other hand, what are the consequences of that? And I think we can quickly wander into all kinds of weird sci-fi scenarios. I think in practical terms, the consequences we would be dealing with immediately have to do with economic and social status consequences.