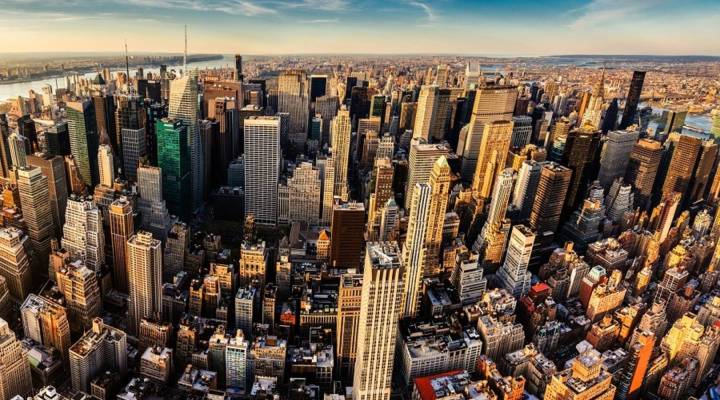 Roosevelt Island, New York, which lies about 10 miles away: 59 years.

Two people living in different parts of the same city could have very different life expectancy rates, according to data from the U.S. Small-area Life Expectancy Estimates Project. USALEEP released a comprehensive data set, the first-of-its-kind, tracking these rates at the neighborhood level. (The full data set is available here.)

Bernard J. Tyson, the CEO of Kaiser Permanente, stressed in an interview with Marketplace just how much your zip codes can reveal about your health.

“We know that in certain zip codes … the infrastructure is not there. Meaning, you don’t have basic necessities in your community, like grocery stores for good eating. Issues of crime that create stress. The inability to go out for recreation,” he said.

Here’s a look at some of the areas with the highest — and lowest — life expectancy rates, according to USALEEP’s data.

“You have folks with long-term stable employment, extremely high education and strong social networks,” said Andrew Fenelon, an assistant professor in the Department of Health Services Administration at the University of Maryland, College Park.

Friendship Village, Maryland, follows next, which you would expect to rank high because of the wealthy diplomats who come to live in the region, according to to Peter Muennig, a professor of health policy and management at Columbia University.

Meanwhile, several New York neighborhoods make up a portion of the list.

Foreign men and women who migrate here tend to the healthiest group from the country they came from, accounting for Chinatown’s high rate, explained Peter Muennig.

Those factors could explain why Monterey Park, California — which also has a high Chinese-American and immigrant population  — made the list. The area has a median household income of about $54,000 compared to the median income in Purchase, New York, which is about $675,000.

“It doesn’t follow the same pattern as some of the places in New York, Maryland and Massachusetts where there are just really wealthy communities of white populations,” Fenelon noted.

Stilwell, Oklahoma — a region with a Native American population of about 48 percent — has the lowest life expectancy rate in the U.S..

“Native Americans have had generations of experience with economic disadvantage and few jobs, which has led to all sorts of issues with access to health care and issues with substance abuse,” Fenelon said.

Two New York regions — the Roosevelt Island area in New York City and Buffalo — made this list, painting a stark contrast with the areas in the state that have high life expectancy rates.

“Buffalo, New York is very culturally distinct from the New York City region. It’s much more aligned with more rust belt, post-industrial cities in the Midwest,” Fenelon said. “A lot of the healthier and wealthier folks who could leave Buffalo eventually have gone either to the suburbs, or to other cities. And so now you have pockets left where a lot of the resources are gone, but you still have folks who are living there. And as a result, their health and welfare have suffered.”

If you’re interested in finding out the life expectancy rate in your zip code, check out the interactive here.