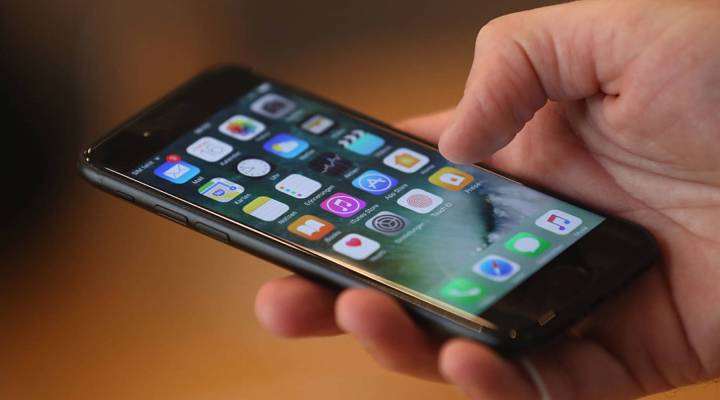 When economist Paul Romer got a call early one morning last month, he didn’t answer it. He figured it was a spam call. Turns out, someone was calling to inform him he’d won a Nobel Prize.

“I got two phone calls this morning, and I didn’t answer either one because I thought it was some spam call,” Romer told the prize committee afterward. “So I wasn’t expecting the prize.”

The Federal Communications Commission estimates that Americans get 4 billion unwanted automated calls every month. And they work. We get scammed out of $9.5 billion every year. But if we can filter out most of the spam in our email, why haven’t we solved robocalling?

First some good news: We do have the technology to figure out if a call is spam.

“As we analyze all the phone calls coming through, it becomes pretty clear to us at a very high degree of certainty that a particular call will be a scammer at that moment,” said Jonathan Sasse, a marketing executive at First Orion. It makes software that phone carriers can use to warn consumers if an incoming call is likely to be spam.

The company’s system can tell if a scammer is spoofing a real phone number, making it look like a legitimate local call.

“So for example, you probably don’t make 10 or 20 or 50,000 phone calls a day, but if your phone number started to do that, our system would identify that as being pretty suspicious.”

Sounds great. So just give that tech to the cellphone carriers and they’ll fix it, right? Mmm, no.

“Carriers face a lot of liability if they block calls they’re not supposed to block,” said Tejas Narechania, an assistant professor of law at the University of California, Berkeley. He was special counsel at the FCC from 2012 to 2013.

He said when carriers block phone calls, they get sued.

“Verizon, I think, settled one case for $5 million. T-Mobile settled one case about blocking calls for $40 million,” Narechania said. “Now, these come up in different contexts, but at bottom, they’re about ‘Did these companies block calls that they weren’t supposed to block?'”

And he said, to be honest, you don’t want your carriers deciding what calls go through.

“So AT&T, for example, might block calls coming from Verizon,” Narechania said. “Or T-Mobile might block calls from AT&T. That would create a more fragmented network. It would break down the utility of our network. And it would give those companies that have the highest number of subscribers a serious competitive advantage.”

But what about taking away the ability for callers to spoof numbers? Surely we can stop that, right?

Nope. Sasse said there’s a real-world example where scammers took over the phone number of a children’s hospital and called people in that area to trick them into thinking they owed hospital bills that they really didn’t. But the hospital was still using that number, too.

“Unfortunately, it’s not as simple as just saying we’re going to stop spoofing or stop these kinds of software being used because of the fact that they’re taking advantage of these very legitimate uses of these kinds of things and just abusing them to the point where they’re stealing money from people,” Sasse said.

There are apps you can download that will warn you that a call might be spam. But as long as the spammers are still making $9.5 billion a year, the calls are going to keep coming.