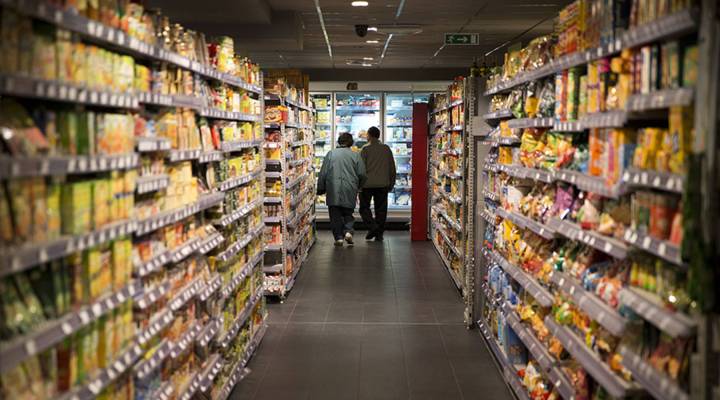 At her apartment in Brooklyn, Helen Shor is prepping burritos to eat for lunch in the week ahead. Instead of tortillas, she’s using a bag of rumali roti, an Indian flatbread. Next on her list, Vietnamese summer rolls.

“I never really buy those like the convenience foods like a cake mix or like any of that stuff,” Shor said. “Because if I was going to make a cake, I would just make it from scratch.”

Shor and people like her have old-school food brands worried. The Campbell Soup Co. just reported a 14 percent drop in its soup division revenue. The hedge fund Third Point just launched a fight to replace the entire board. Third Point’s been pushing Campbell to just sell the whole company.

And it’s not just Campbell Soup. A lot of the companies behind all those packaged goods and processed foods in the middle of the store haven’t been doing so well. Last month, Kellogg’s said sales of its cereal are down, too.

“It certainly seems like no one’s optimistic about these types of companies beyond just sort of their stability,” said Brent Beshore, CEO of Adventur.es, a private equity firm.

Private equity firms like his amass piles of cash from big investors. They use that capital, along with a ton of borrowed money, to buy up companies or divisions within companies. Their targets are often stable but have sluggish sales and falling stock prices.

Donna Hitscherich, the director of the Private Equity Program at the Columbia Business School, said the food business fits a lot of the requirements private equity looks for.

“It’s a space that you can understand, it’s a space that’s probably not subject to a lot of volatility swings in terms of the fact that we all eat. We all need food.”

This has been the busiest year for private equity in more than a decade. And the number of private equity deals involving food is growing. In July, the private equity firm Brynwood Partners bought the Pillsbury brand from JM Smucker. The private equity giant KKR bought Unilever’s margarine business, which includes I Can’t Believe It’s Not Butter.

Hitscherich said these firms aren’t buying food companies for the long run or the delicious taste.

And just like flipping a house, private equity firms have to fix up the business so they can eventually sell it at a higher price. That means using existing equipment longer, selling off divisions and laying off employees.

To survive, food companies have been doing some shopping of their own. At a grocery store in Manhattan, New York University economist Carolyn Dimitri points out that the center of the store isn’t all Yellow 5 and sodium bisulfite — healthier products are sitting there, too. Dimitri said food companies like General Mills have been buying up brands marketed as healthy and stocking the shelves with them.

“Almost all of these natural product and organic brands are owned by the legacy companies, but they’re marketed under a different label,” she said.

Dimitri points out another General Mills product: Annie’s, the macaroni and cheese brand. After years of private equity ownership, Annie’s was scooped up by General Mills in 2014. Last year, an executive called it the company’s biggest brand. 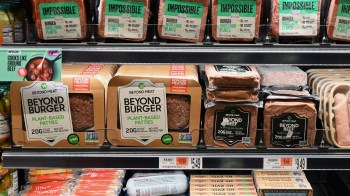