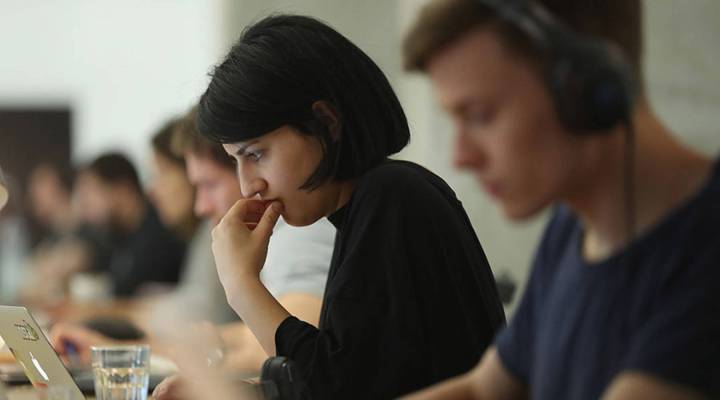 Most millennials across race and gender think men and women should be treated as equals, but they don’t all identify as feminists, according to new data from GenForward.

The latest study explores millennial views on feminism and what it means to identify as a feminist. When asked about specific issues like equal pay for equal work or whether health insurers and employers should cover the costs of contraception, respondents generally agreed.

Marketplace Morning Report host David Brancaccio sat down with Cohen to discuss her recent findings. The following is an edited transcript of their conversation.

David Brancaccio: You asked about women’s issues. You also came right out of the box and asked about feminism in general. What was the question you asked?

Cathy Cohen: We asked a series of questions about feminism. But one was, do you identify as a feminist? Interestingly the majority of young people say they don’t identify as what they consider to be a traditional feminist, but support women’s rights and equality. We found that across men and women, and we also found that across race and ethnicity.

Participants were asked whether they identified as a feminist, did not identify as a traditional feminist but still believes in women’s rights, or didn’t identify in a feminist “in any way.”

Brancaccio: So traditional feminists — what does that wrapped up with the brand of their moms and dads or something? What’s going on here?

Cohen: I think that’s right. I mean I think there is a way in which, I dare say, the media has narrated a pretty rigid understanding of feminism. And so this generation is saying “that’s really probably not for me, but I do support all of the policies that we might identify with the feminist agenda.”

Brancaccio: So you asked about those, and those include what? Would you ask about?

Cohen: So we ask about equal pay for equal work, and 90 percent of women say of course they agree with that. And 80 percent of young men across race and ethnicity agree with that. We asked should we require either health insurers or the government and even employers to cover the costs of contraception for women. Overwhelming support for that.

Brancaccio: All right. So feminist policies but maybe not the label feminism. Now, among the many things that stands out here is this question: “society has reached a point where women and men have equal opportunities for achievement.” You ask people, what, to agree or disagree with that?

Participants were asked whether they believed in requiring employers to pay men and women equally.

Cohen: We did and what we found were really big gender differences. And what do I mean by that? I mean that most millennial women say “not so quick,” right? That society has not reached a point where in fact there’s equal opportunity for achievement. On the other hand, significant numbers of men, the majority of men in every category except Asian American, actually agree that in fact society has reached that point.

Brancaccio: So I mean you thought deeply about this. What might, for you, what are some of the takeaways from the answers that you got?

Cohen: I think when we look at the patterns overall, we want to pay attention to the idea that in fact young people want gender equality in terms of policy, but we still need to educate them about the experiences and the challenges that women face.

Click here to check out the rest of GenForward’s findings on gender equity.