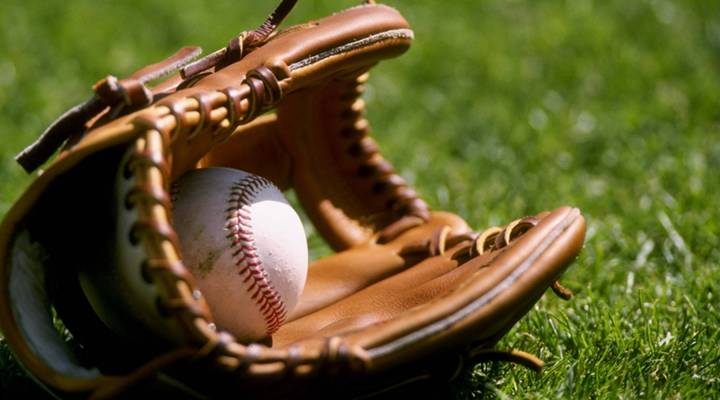 The Minor League Baseball season kicked off on April 5 with more than 50 games across the country. Many players — in addition to facing the opposing teams — face the challenge of living on a low fixed salary that doesn’t include pay for spring training or offseason work. Their contract also doesn’t provide for extra pay when they work more than 40 hours per week, as they often do during the season — with a packed schedule of personal training, team practice, game play and travel.

The minor league teams function as a farm system for the major league teams, which pay the players, and set their salaries and bonuses. Players in the majors start at $545,000 per year this season, and pay goes up from there, thanks to the Major League Baseball Players Association.

In the minors, players don’t have a union, and are under a standard Minor League contract that provides a fixed salary starting at $1,100 per month, beginning on opening day of the regular season in their league. And that’s a situation that’s likely to continue, thanks to a deal the team owners got from Congress in the omnibus spending bill passed in March.

Garrett Broshuis, a former minor league player who now practices law in St. Louis, has been trying to change the pay practices he struggled under during six years pitching in the San Francisco Giants’ minor league system starting in 2004.

“There’s no better feeling than being on a mound and competing,” said Broshuis, who attended the University of Missouri on a baseball scholarship.

But Broshuis said he didn’t like trying to make ends meet on a starting salary of $1,100 per month, before additional taxes and clubhouse fees were taken out. He said many fellow players were also strapped for cash. “Guys living either sleeping on some stranger’s futon at a host family’s house, or they’re cramming six guys into a three-bedroom apartment trying to split rent as many ways as possible,” he said.

In 2014, Broshuis brought a lawsuit in U.S. District Court in San Francisco against the baseball owners. The goal was to force the teams to follow the federal Fair Labor Standards Act and pay players as hourly workers, including for all hours of play and practice.

“There’s a lot of time periods during the year when MLB and its teams are requiring the minor league players to perform long periods of work, and just not paying them at all for it,” Broshuis said. “For the past month or so minor league players have been in Florida and Arizona working during spring training, seven days a week, often 10-hour days, and they haven’t been paid at all for that.”

The players’ lawsuit was certified as a class-action (representing 45 current and former players), and is now on appeal before the 9th Circuit.

Meanwhile, last month the lawsuit was dealt a setback by Congress, which passed the Save America’s Pastime Act as part of its omnibus spending bill. It exempts baseball teams from having to pay minor league players minimum wage and overtime for all hours worked. They don’t have to be paid hourly, and can continue to be paid a weekly salary for the regular season only, regardless of how many hours they actually work.

The act was originally sponsored by Rep. Brett Guthrie (R-Kentucky) and Rep. Cheri Bustos (D-Illinois), who said it was needed to protect the teams and cities where they play from financial hardship. Tony Clark, executive director of the Major League Baseball Players, issued the following statement against the act: “We stand shoulder to shoulder with the minor league players and the labor community in opposing this legislation.”

A spokesman for Major League Baseball, which sets minor league salaries, provided this statement to Marketplace: “The legislation merely codifies the status quo that Minor League baseball players can be treated as salaried employees as they have been treated during the entire history of Minor League baseball. No one has ever suggested that baseball players must be treated as hourly workers subject to overtime (if, for example, games go late or they choose to take extra practice), other than a single litigation filed in 2014 that MLB is vigorously defending.”

Sharon Block, executive director of the Labor and Worklife Program at Harvard Law School and an Obama administration appointee to the National Labor Relations Board, said that because many minor league players are paid such a low salary — in some cases working out to less than minimum wage for all the hours worked — their lawsuit should proceed.

“We are talking about paying people $7.25 per hour, and time-and-a half when they work over forty hours. These are just bedrock principles of minimum standards,” Block said. And she said that not paying players during spring training flies in the face of other labor law precedent. “Generally, if you are in training and it is for the employer’s benefit, meaning you’re learning to do your job better, you have to be compensated.”

Sports lawyer Kenneth Shropshire, who directs the Global Sport Institute at Arizona State University, explained the team owners’ rationale: “If you put in place a regular hourly wage, the amount of time that a ballplayer wants to put in to be great — come in early, stay late — could never be covered, that it would far exceed 40 hours per week.”

Shropshire added: “Economists would say, this is what the market will allow. Although, the minor league baseball players’ lawsuit sort of shows there is a dislike of the marketplace.”

But he believes the owners’ stance resonates with many in the public, including baseball fans: “Isn’t it a luxury to be able to be a professional baseball player — you’re so fortunate to be able to do so, here’s the sacrifice you have to make, but look at the upside if you are successful in the end,” Shropshire said.

Jared Eichelberger, 34, played for the Mets’ and Mariners’ minor league teams from 2005-2007. His father was a professional ballplayer as well.

Eichelberger said living on a minor league salary was a struggle. During the off-season he coached and did moving, construction, and odd jobs.

When the season started, he scrimped and saved on food: “Apples, oranges, bananas, peanut butter and jelly — you’d rush in after batting practice, try to make friends with the concessions people, do whatever you could to eat, because it was almost survival.”

But he doesn’t regret having played for peanuts. “There’s nothing like hearing your name on the stadium loudspeaker, putting on your uniform,” he said. “Playing professional baseball was an awesome experience.”

He called those years of living lean a “rite of passage,” well worth the hardship for a shot at the majors.