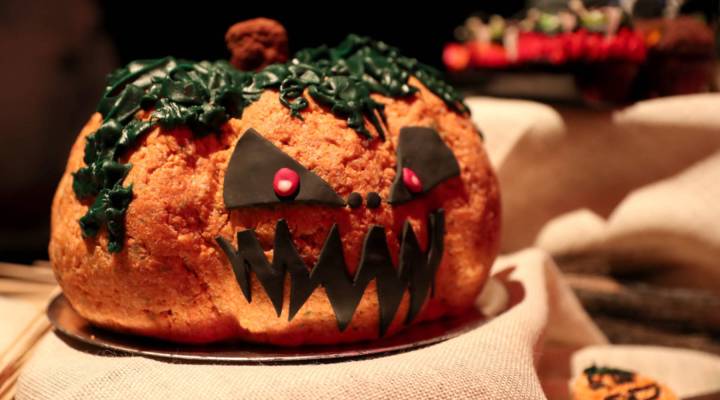 Businesses hoping to cash in on Halloween are in for a big treat this year. The National Retail Federation estimates spending for the holiday is expected to hit a record number for the second year in a row. With more Americans partaking in the celebration of all things scary, Halloween spending is estimated to climb to $9.1 billion, nearly one billion more than last year’s total of $8.4 billion.

According to the NRF survey, 179 million Americans will celebrate Halloween and spend an average of $86.13. Halloween is as popular as ever, and much like other holidays, it has become a multibillion-dollar industry over the last decade. To see where all the money goes, let’s do the numbers.

While some may prefer old-fashioned DIY costumes, spending on store-bought getups remains a cash cow for the industry. A total of $3.4 billion will be spent on costumes this year, more than any other expense for the holiday. With some costumes priced at more than $100, it’s easy to see how important they are to the Halloween economy. Almost half of the revenue, 48 percent, is from adults, followed by children and pets. And as expected, superhero costumes will be a popular choice this year among kids — more than 3.7 million are expected to dress up as their favorite hero. For adults, the top choice is more in touch with the holiday’s spooky ambiance: a witch.

Offering candy on Halloween is a relatively new tradition that became popular in the 1970s. Decades later, trick-or-treating is still all about the candy, and the numbers show it. Nearly everyone celebrating will buy candy this year; that’s expected to bring in a total of $2.7 billion in revenue on candy. Last year, the price of candy declined for the first time since 2013, a big shift from two years ago when candy prices jumped 4.2 percent, according to the analysis firm IHS Global Insight.

What type of candy is most popular for Halloween? A survey from Influenster showed that the preferred treat in 2015 was candy corn. It won the most states, with five states picking it as their favorite. But the highest number of total votes went to Reese’s Peanut Butter Cups.

Where do people shop?

Trick-or-treating brings out the bargain hunters. The NRF survey found that 47 percent of consumers plan on shopping at a discount store for their Halloween purchases and another 38 percent will go to a Halloween specific shops like Halloween City, Halloween Express and Spirit Halloween. That’s good news for the retail industry’s brick-and-mortar stores, which have struggled to attract customers, forcing a number of companies, most recently Toys R Us, to declare bankruptcy. And those pop-up stores, which appear a few months before Halloween and focus on making as much money as they can before returning the following year, are big business as well. Spirit had more than 1,000 pop-up stores set up in the U.S. and Canada last year and begins scouting for locations in January. The NRF survey also showed more people plan on shopping in grocery and department stores than online. And with nearly $3 billion going to decorations and another $410 million set aside for greeting cards, that in-person experience could pay off for brick-and-mortar stores.