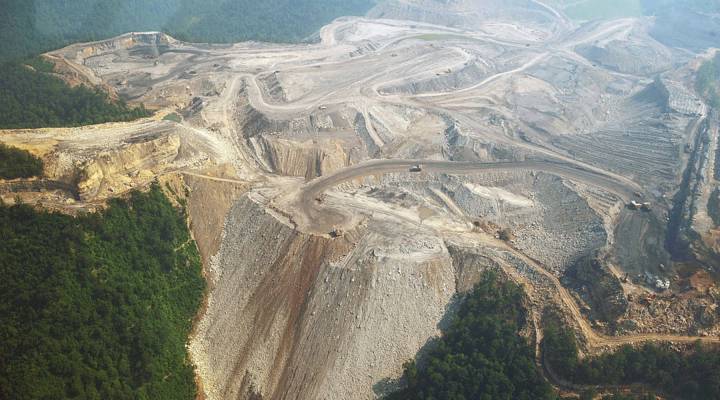 The Trump administration has halted a $1 million federal study of the health hazards associated with living near mountaintop coal mines.

The study began last year, when officials in West Virginia asked the Obama administration to quantify the health risks of mountaintop mining, a form of coal mining common in states like West Virginia, Kentucky, Ohio.

It entails (you guessed it) mining on the surface of a mountain — and then dumping the debris into ponds and underground mines.

The problem is, that debris can contain toxic metals like arsenic and lead, which can then end up in drinking water.

Some studies have shown increased rates of health problems, like lung cancer, kidney disease, and birth defects, in the people who live near these sites.

But overall, (and this is something the mining industry points out) the data has been inconclusive, in part because it’s hard to control for other factors, like poverty. This federal study was supposed to fill in the gaps.

The Trump administration said it halted the study as part of a review of the merits of federal grants at the Department of the Interior that cost more than $100,000. The president has proposed cutting $1.6 billion from the agency’s budget.