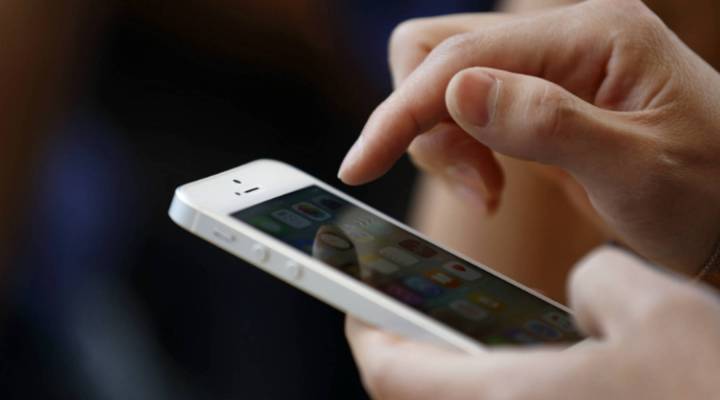 COPY
Apple has a new operating system that will be introduced this fall. Tomohiro Ohsumi/Getty Images

Apple has a new operating system that will be introduced this fall. Tomohiro Ohsumi/Getty Images
Listen Now

Apple has built its reputation on protecting it users’ data. But information is power in business, and even Apple concedes it could benefit from stronger information.

When the company’s new operating system iOS 10 is introduced this fall, it will use a fancy math technique called “differential privacy” to gather data without compromising privacy.

Aaron Roth, a professor at the University of Pennsylvania, wrote a book on the topic. Here’s the super CliffsNotes version:

It’s similar to the type of anonymized data other companies collect, only more secure.

In an email, an Apple spokesperson said the technology will add mathematical noise to an individual’s usage pattern to obscure his or her identity. The idea is to discover the patterns of a large number of users to help improve things like QuickType and emoji suggestions.

Better information could also be key for Apple as it retools the app store and begins accepting search advertisements.

“For them to actually be more competitive with product improvements and innovation, they actually need to collect more data,” said Fatemeh Khatibloo, an analyst with Forrester research.

While Google has used differential privacy to analyze user data from its Chrome browser, Apple is the first major tech company to adopt it more widely and publicly, said Arvind Narayanan, a computer scientist at Princeton University.

“That’s what makes this so exciting – both for the technology and for the future of privacy protection,” he explained.

In terms of challenges, Narayanan said the technology could come with extra costs.

“Unlike other technologies, it’s not plug and play. The company has to think carefully about their data. They [Apple] have to re-architect some of their software to do its job in a differentially private fashion.”