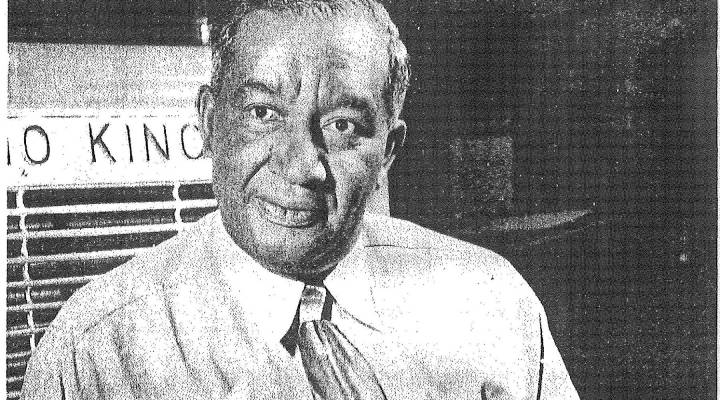 COPY
Thermo King co-founder Fred Jones at age 55. This photo accompanied a profile on Jones in the Saturday Evening Post with the headline, "Born Handy." Courtesy of the Refrigeration Research Museum
Innovators

Thermo King co-founder Fred Jones at age 55. This photo accompanied a profile on Jones in the Saturday Evening Post with the headline, "Born Handy." Courtesy of the Refrigeration Research Museum
Listen Now

Supermarket aisles—they’re impressive, no? Frozen pizzas, fish sticks, and vegetables from all over the world arrive on the shelves somehow.

Turns out one inventor, Frederick McKinley Jones, had a lot to do with making that possible.

The story starts in Minnesota in the summer of 1938. Jones’ business partner, Joe Numero, was out with a buddy in the shipping industry, who got a chilling call.

“News came in, right around the time that they were playing golf, that he had just lost a whole carload of chickens,” explains refrigeration historian Bern Nagengast. “The trip took longer than it was supposed to, and the chickens overheated and died.”

Joe Numero, always the entrepreneur, figured there must be a way to create a solid refrigeration system that could handle these long-distance trips. So he went to his partner, Fred Jones, with the problem.

Within weeks, Jones had invented the refrigerated semi-truck. Together, Jones and Numero started what’s now known as Thermo King—one of the biggest commercial fridge companies in the world.

Fred Jones took out 60 patents in his lifetime, 40 of them in refrigeration — and he was self-taught. He was born in 1893 in Covington, Ky., to a black mother and a white father, but he was raised by a priest from age 9 on, after both of his parents died.

Growing up, Jones figured out how to fix watches, then cars, and eventually made his way to Minnesota, where he invented a cheap way to synchronize sounds and pictures in movie theaters while working as a projectionist. That’s how he hooked up with Joe Numero, who was in the movie business at the time.

The pair switched to refrigerators because that’s where the money was. Jones patented the Model C refrigerator truck in 1943, an improvement on earlier designs, and their trucks and train cars were so popular, they were even used in World War II to ship medical equipment and blood.

These refrigerators were an improvement over previous options because mechanical refrigerator designs for long-distance travel hadn’t been able to take the wear and tear of being on the road for hours or days on end. Until the 1940s, most long-distance cooling devices still depended on ice, which had imprecise temperature control and took a lot of labor to refill.

In that era, a lot of people saw Jones’ role in Thermo King as surprising.

“Any contribution that African-Americans made before the Civil Rights movement was really minimized,” says journalist and historian Yvonne Latty. Latty teaches journalism at New York University and authored a book on the experiences of African-American war veterans. “That generation of African-Americans were completely disrespected, yet they moved forward, and did things like he did. They invented.”

Jones stayed in Minneapolis as the chief engineer of Thermo King until he died of lung cancer in 1961. He was known as a really creative thinker, but also the kind of boss you could confide in if you had a problem at work.

“He really was a genius in my mind,” says Nagengast.

At the Refrigeration Research Museum in Brighton, Mich., Jones is known as “Fred.” His colleague, Joe Numero, was friends with the founder of Refrigeration Research.  And buried in the extensive collection of old refrigerators and invention artifacts, the museum has an old magazine article on Fred Jones, two copies of a 1977 biography, “Man With A Million Ideas,” written by two Minnesota school teachers, and aging polaroids of Jones’ motion picture sound machine.

But his legacy isn’t quite so well-preserved back in his hometown of Covington, Ky.

In the heart of Covington, just off the interstate, Dan Glier owns the sausage company Glier’s Goetta, founded by his father in 1946, just a few years after Jones perfected refrigerator trucks. Sure enough, he has a fleet of two Thermo Kings. But Glier and his driver, Will McCall, have never heard of Jones.

“If you’ve ever seen a truckload of chickens, you wonder how any of ‘em survive. But I don’t know about that story,” says Glier. “We didn’t know we had him!”