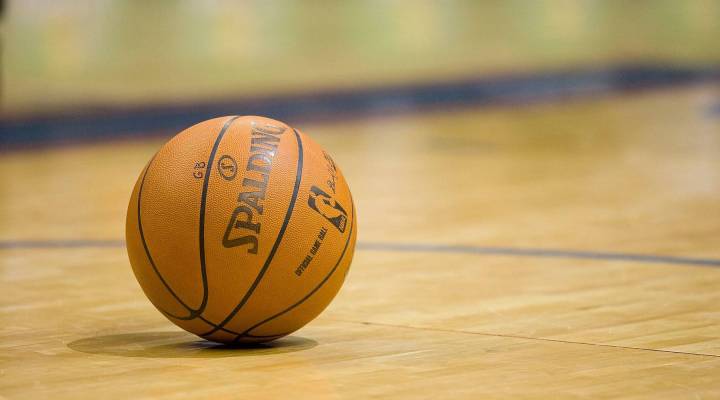 Consider the basketball: NBA swaps out balls for a new crop

COPY
A Spalding basketball sits on the court during a stoppage in play between the Orlando Magic and the Charlotte Bobcats at Time Warner Cable Arena Brian A. Westerholt/Getty Images

Consider the basketball: NBA swaps out balls for a new crop

A Spalding basketball sits on the court during a stoppage in play between the Orlando Magic and the Charlotte Bobcats at Time Warner Cable Arena Brian A. Westerholt/Getty Images
Listen Now

When NBA Commissioner David Stern steps down from the league’s top job in February, the basketballs that bear his signature will have to be swapped out for new ones. Each team will receive 36 new balls in early December signed by current NBA Deputy Commissioner and Stern-successor Adam Silver. That’s the easy part.

The hard part is that players will have to begin breaking in those new basketballs.

“There’s only one way to break in a leather basketball, and that is by playing with it,” says Paul Sullivan, senior vice president at Spalding, the company that makes NBA basketballs. In order to jump start the process, Spalding has what Sullivan calls a “bounce machine,” that re-creates the sensation of a ball being bounced against a hardwood floor. After fifty bounces the balls are sent on to teams, which practice with them for up to two months, when they’re game-ready.

Spalding typically sends 72 new balls — at no cost — to each of the 30 NBA teams at the start of the season. But the company also sells “official game basketballs” to wannabe Kobes and LeBrons for around $160.

“The reason why you would want the NBA ball contract is not to sell balls to the NBA, but to sell balls to everyone else who wants to be like the NBA,” said Victor Matheson, a professor of economics at the College of the Holy Cross.