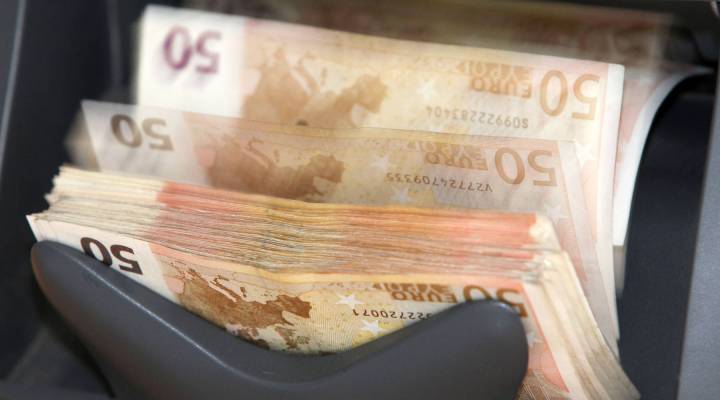 Why a bank run is bad

A bank run occurs when customers run down to the bank and demand their money back. So, why can't the bank just return the cash? Sr. Producer Paddy Hirsch explains using a human heart analogy. Daniel Roland/AFP/Getty Images
Whiteboard

Why a bank run is bad

A bank run occurs when customers run down to the bank and demand their money back. So, why can't the bank just return the cash? Sr. Producer Paddy Hirsch explains using a human heart analogy. Daniel Roland/AFP/Getty Images

A bank run, or run on the bank, is quite simple — it’s when all your customers run down to the bank and demand their money back.

Well, why’s that so bad? Why can’t the bank just return the cash?

To understand this, it’s worth thinking about a bank as a human heart. A human heart serves to pump blood around the body — head, hands, legs lungs — just as a bank serves to pump money into various parts of the economy.

Imagine a member of your family asks you to give them some of your blood. You’re not going to give them much. Maybe a pint. That’s really all the heart can handle dishing out at one time. Same for the bank. It can only handle giving out the cash that it actually has on hand in its vaults.

So if a bunch of customers turn up and demand all their money back, once the bank has run out of that cash, it’s in real trouble.

When a human body loses blood, the heart begins to siphon blood away from the extremities towards the core. The result is that your toes and fingers go white, and eventually you’ll get gangrene and they’ll fall off. When a bank needs money, it claws back every loan that it can. Anyone who’s infringed on their loan agreement in any way will have to give the money back. That pushes homeowners into foreclosure and drives companies into bankruptcy.

In most countries, loan agreements don’t allow banks to take their loans back without cause, so a serious run on a bank can suck out every penny of spare cash. Suck the blood out of a human heart and it will fail. Same with a bank.

The added complication with banks is that they also lend to other banks. So if a bank fails, suddenly there’s a lot less money for other banks to borrow. Depositors get worried about the solvency of those banks, and they start demanding money back there, too. Pretty soon, the whole system is collapsing.

Avoiding the damage from bank runs is all about prevention and cure. Prevention is stopping the blood or cash withdrawal in the first place. In the U.S., that’s achieved through deposit insurance, something not all countries have. Here, the government guarantees your money, so you don’t have to join that line outside the bank. The cure for a bank run, or severe blood loss, is a transfusion. Blood for the heart, cash for the banks, drawn in the U.S. from the discount window at the Federal Reserve. We do have runs on banks here in the U.S. — Lehman Brothers was a bank run of a kind. And the collapse of IndyMac ahead of the financial crisis was a classic run, with customers queuing outside and everything. But for the most part, bank runs here are rare, thanks to the FDICs deposit insurance and access to government money. Without them, when a crisis hits, we’re in danger of being left badly in need of a drink.