TESS VIGELAND: It’s been a little over two years since the scandal in this country over lead-painted toys from China. Now China is dealing internally with two lead-poisoning scandals at once. And the tally of children affected now exceeds 2,000. Both involve metal-smelting facilities near rural Chinese villages.

Marketplace’s Scott Tong visited one of them today and sent us this report from the central province of Hunan.

Scott Tong: Every child here has a number. Their parents identify them not so much by their names, but by the lead content in their blood: 189, 210, 349 micrograms per liter of blood. In many cases that’s double, even triple the normal level. Exactly why that is is just starting to come into focus here in rural Hunan.

This villager Ms. Wu is the mother of two, both with suspected lead poisoning. She says children here started getting sick in the last year. In some cases, they had fevers of 105 degrees.

Ms. Wu: They got sick and it didn’t get better. They had diarrhea. Eventually the hospital found lead poisoning. So we started to wonder about the iron smelting plant.

But the plant wasn’t melting down iron, as the sign on the front gate said. It was refining manganese. And to do that takes lead, which ends up in the discharge, and in the emissions.

Ms. Wu: The smoke was black and thick, darker than the clouds of a thunderstorm coming.

Xiao Feng Yin: We had no choice but to block the roads. The coal trucks couldn’t get by and neither could the government cars.

That’s when the government agreed to test every child under 14. Now 70 percent of them have suspected lead poisoning. The worst cases are being treated at hospitals in the provincial capital, Changsha.

Twenty-eight-year-old Long Xiulan’s 1-year-old girl has one of the highest readings, more than 350. Doctors say the child may eventually have learning disabilities and memory loss.

Long Xiulan: This thing they call lead poisoning, it could ruin my child’s life. Why did I even give birth to her? What do I have to live for?

Zeng Zhao Xun: We have now detained two persons from the factory. And we’re still hunting for the last one. We froze the refinery’s bank account and took out $15,000 to help pay for children’s medical costs.

Still, families here are deeply skeptical of authorities. Parent Long Xiulan says the government promised nothing to the grown-ups, who were also exposed to the lead. And she also accuses state hospitals of manipulating the data to show fewer cases of actual poisoning.

Long: The government doesn’t do much for us. They’re just talking for the factory boss.

That boss is a high-ranking member of the Communist Party. And many villagers here cast this as the rich and powerful against poor.

Alex Wang: It’s often the poorest and the most vulnerable people who end up getting hurt by pollution. Those people who have the money and the wherewithal can move away from sources of pollution. And it’s the citizens that are living close to the factories who often have no choice.

Wang thinks one bright spot in this case is the China media is reporting the story quickly and openly. But inside China today, several Web sites carrying western news reports about the scandal were blocked. 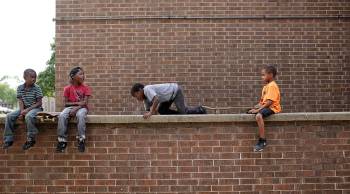 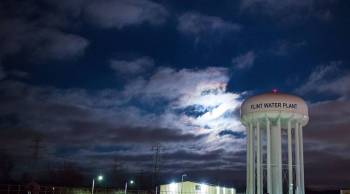