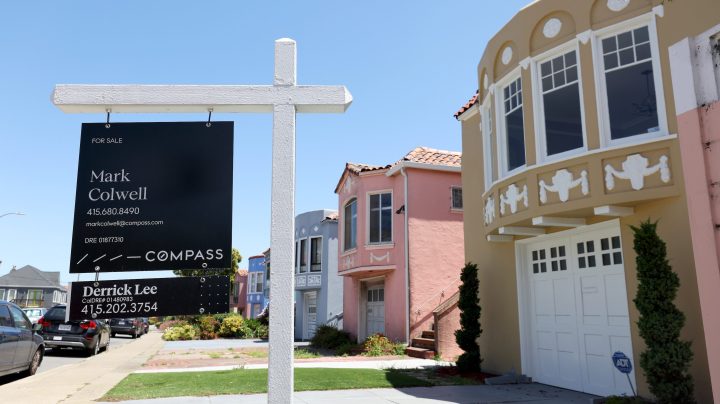 But while 30-year fixed-rate mortgages have hit 6.3% — an eye-popping number for those under a certain age who never saw rates that high — by and large, home prices are not falling.

That may come as a surprise.

In South Pasadena, a suburb of Los Angeles, the median home price is $1.7 million, according to Redfin.

Real estate agent Derek Vaughan said 20 homes are up for sale there, but 12 have been on the market two weeks or longer, so those homes, he said, are overpriced.

Vaughan said some sellers still hope their homes will fare as well as that one. They’re keeping prices high, even as high interest rates lead to fewer buyers making fewer offers.

Nationwide, price growth is slowing, but Redfin says prices in August were still up 7.1% over last year.

“We don’t have enough inventory,” said Lawrence Yun with the National Association of Realtors.

He said Americans who bought when mortgage rates were low aren’t eager to move.

“If they give up their home, they’re giving up their 3% mortgage rate,” Yun said.

And buying at a higher rate can make for a higher monthly payment.

“The vast majority of homeowners, they would actually be worse off if they bought and sold another home right now,” said Redfin’s Daryl Fairweather.

And that, she said, explains why listings are down and the supply of homes is still tight.