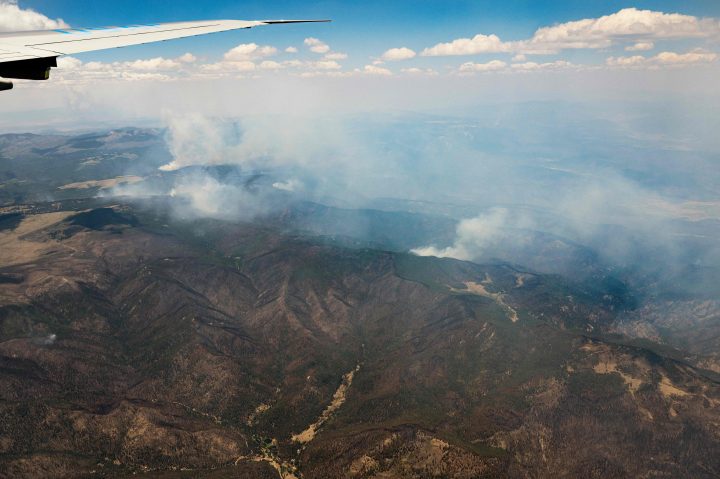 COPY
New Mexico fires from the vantage point of Air Force One on June 11, 2022. Jim Watson/AFP via Getty Images

New Mexico fires from the vantage point of Air Force One on June 11, 2022. Jim Watson/AFP via Getty Images
Listen Now

The pause was a response to the largest wildfire in New Mexico’s history, which started when prescribed fire got out of control. After a review, the Forest Service announced it will resume the practice – with some new rules in place.

It’s rare for prescribed burns to get out of control. In New Mexico, the problem was out-of-date protocols that didn’t account for climate change.

“There’s not a lot of money in decades past that have been put into wildfire science. That’s one thing that absolutely has to change at this point,” he said.

So far, the Forest Service has only announced new restrictions on the practice. Now, prescribed burns will have to begin within 24-hours of being authorized, and senior administrators will need to be present for complex burns.

“Which means that they’re less likely to happen,” said Michael Wara, with Stanford’s Sustainability Accelerator. “We need to have much greater levels of resources to safely conduct these burns.”

Because, Wara said, wildfire is inevitable. And without proper fuel management, fires will be larger and more destructive.