As work continues to shift from in-office to remote, employers are finding new ways to keep an eye on their employees without even being in the same building: worker productivity scores. According to a new report from The New York Times, some of the largest companies in the country are starting to use software that tracks how productive their workers are.

The shift toward remote monitoring comes amid a backdrop of falling overall worker productivity due to the pandemic and a continually strong labor market. While the surveillance software can, in theory, help companies make sure their workers are remaining on task, the ways that they measure productivity can overlook work done off of the computer and cause employees to miss out on pay.

“The problem is that the measurements are wrong,” said Jodi Kantor, who co-authored the story with Arya Sundaram at The New York Times. She spoke with “Marketplace Morning Report” host David Brancaccio about her findings.

David Brancaccio: I think many of us knew that Amazon keeps close track of its warehouse workers, fulfillment center workers. But it’s not just Amazon, you found. There’s a growing industry in helping firms keep track of how much time we’re banging at the keyboard?

Jodi Kantor: Well, and not only that, but this is migrating upwards into white-collar work. We were frankly kind of shocked to find that therapists are being evaluated for “idle time,” meaning you know how much time they’re not clicking at their keyboards. We found people with MBAs who were being paid only for the minutes they were active at the computer. And we found engineers who had to submit to full-time monitoring if they wanted to work from home. And so they were saying, in interviews, the kinds of things that lower-income workers have been saying for years that, you know, they feel like they’ve lost agency, that their jobs are relentless, that they don’t have control.

Brancaccio: You know, what about the thinking time where the real high-value added stuff that a higher-level worker can bring to the job? Is that monitored?

Kantor: Well, so the biggest problem with the software—and listen, a lot of people make the case for it, there may be a real business case, for keeping very precise track of your workforce. However, the problem is that the measurements are wrong. I mean, we just heard crazy stories from workers who talked about the disconnect between the reality of what makes somebody great at their job, and what these systems measure. You know, if you mentor somebody, that is not necessarily going to be captured by these systems, because it doesn’t really make a digital impression.

Brancaccio: And so even beyond that, some of the systems, you know, these are digital systems, they should be precise, they’re not so precise? They don’t even get it right?

Kantor: For example, you know, UnitedHealth is a big, big company, right? It’s, you know, a health and insurance giant. They were monitoring therapists and social workers, for so-called idle time, meaning if their keyboards were inactive, the idle time would start accumulating, [which] would even affect their pay [and] their chance at a bonus. However, what some of these social workers and therapists told us is that their idle time was accumulating because they were having sensitive conversations with or about patients. So the systems said they were being idle, when in fact, they were doing the most important parts of their jobs.

Brancaccio: Are these systems being developed in-house? Or is there a growing industry in supplying this kind of software?

Kantor: Both, but part of the reason this story took a long time to do is that this isn’t one technology like Facebook, you know, where we can scrutinize one platform. Basically, we called the story “The Rise of the Worker Productivity Score” because it’s like there are a million different pieces of software and widgets and tracking systems. They vary quite substantially in terms of how visible they are and how they work. But they’re all intended to do the same thing. They’re intended to help your employer keep track of whether or not you’re working hard.

Brancaccio: You alluded to this, but let me just get at it straight. With remote work, fair enough, right? Define and measure success. You don’t want the people you’re responsible for goofing off. But it sounds like a lot of this has to be a more sophisticated idea of what are you measuring.

Kantor: Well, we really did hear a lot of stories of cheating with remote work. They were quite extraordinary. David, I had never considered the fact that with remote work, some people may be two-timing their employers and taking more than one job at once and getting paid for both. We even found instances of remote workers who had subcontracted their work to lower-paid workers and they took the difference. And then they’re like, of course, like plenty of people, you know, taking naps or watching porn or whatever. There’s no doubt that look, there are derelict people out there in every industry, but as you say, we found that there were also people who were very hard workers who were getting punished by inaccurate software.

Brancaccio: We meet in your reporting a hospice chaplain, Reverend Richardson, I think, there to help when a person faces the end of life. The chaplain’s productivity was monitored and — do I have this right — going to a funeral when the person was already dead got higher brownie points in the system than visiting the person when still alive?

Kantor: So this is one of the things that’s startled us most. We like kind of put out a call to New York Times readers to ask about productivity monitoring. And David, we started hearing from hospice chaplains in like several different states, like these people were not coordinating they were just writing to us. And, you know, we were like what’s going on? So we called more and more hospice chaplains. And the example we give is actually a nonprofit system in Minnesota, they had already been keeping track of productivity. But two years ago, during the pandemic, they introduced a stricter system with higher point totals. It’s not second-to-second monitoring the way some workers have. They had to project their point totals, as you say, you know, everything had a value, 0.25 points for a condolence call, as little as one point for a visit to the dying. And then at the end of the day, the software would compute whether they had met those totals. The problem they said, is that death totally defied planning. So, you know, they would go in for the day, and, you know, people would cancel on them or have emotional breakdowns, or they would die. And they felt like instead of just dealing with those circumstances, in a really pure way, in a way that reflected their calling and why they were doing this work, they were instead worrying about their point totals.

Brancaccio: And Jodi, your piece has been out in the world for some days now. Any early signs that the stories are prompting a re-evaluation of this approach to productivity monitoring?

Kantor: We are seeing so much debate, David. We got thousands of responses from readers. And in fact, there is one company that changed its policies right after the story came out. So we’re going to be writing more about that in the paper soon. 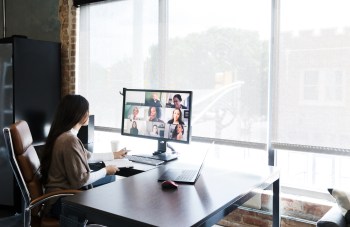