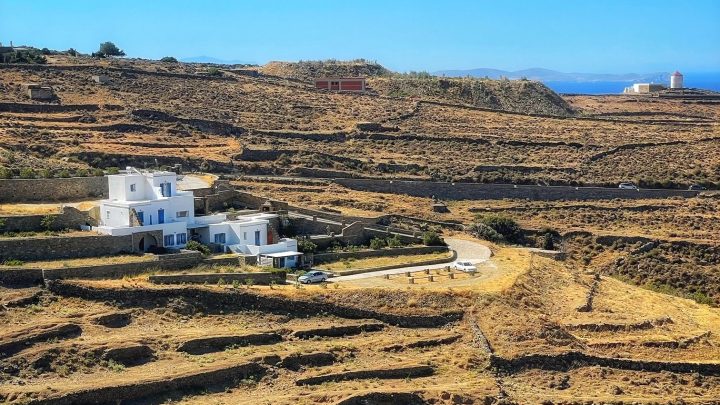 COPY
The Greek government is trying to attract tourists to lesser-known islands that may lack spectacular features. In some cases, the locals have mixed feelings. Victoria Craig/Marketplace

The Greek government is trying to attract tourists to lesser-known islands that may lack spectacular features. In some cases, the locals have mixed feelings. Victoria Craig/Marketplace
Listen Now

The summer tourism season is in full swing. That’s welcome news for many economies still working their way out of COVID-19-induced economic declines.

For people who want to really get away, foreign destinations like Greece — with its iconic whitewashed buildings and soft, sandy beaches — can be an attractive option. The southern European hot spot has welcomed vacationers of all stripes for decades, and its tourism minister still brags that, with a seemingly unending choice of islands, there’s something for everyone.

While Mykonos and Santorini often steal the spotlight, a lesser-known Cyclades destination called Tinos is garnering its own attention. And the island’s traditional industry is playing a starring role.

Angela Rouggeri is an artisanal cheesemaker who makes her goods the traditional way.

At her farm one weekend afternoon, she was carefully wrapping cheesecloth around the last mounds of fresh curd from the day’s production. The cheeses she makes — a bluelike malathouni and a softer, whiter kariki — come from old family recipes.

“I remember myself, when I was a little girl, sleeping and listening to the milk dripping into the bucket. Cheesemaking was in our homes,” she said.

She and her husband started the business with just a pair of cows during the country’s debilitating debt crisis in the early 2010s. Over the years, it’s generated an income they can rely on.

“Here in Tinos, I sell to many places. It’s mostly butcher shops, shops with traditional products and restaurants. Also, there are private citizens who come here and buy cheese,” she explained, noting that despite repeated offers, she’s declined to supply to supermarkets, simply because of the sheer scale of the volume she’d need to produce.

One of the few clients Rouggeri has agreed to sell to is Spyros Belas, a restaurateur. He said he sought her out because she’s a small local producer. That’s been a draw for residents and tourists alike.

“I think the most important thing for the customers, especially for tourists, even if they are from Greece or all over the world — the best thing to do is to discover the treasures a place has,” he said.

The pickup in tourism he’s seen on the island over the past few years has been good for business, but he worries about the long-term impact.

“Of course, I want more tourists to come to our island. The problem is, if you have a lot of visitors every year, it’s difficult to keep the traditions,” he said.

Indeed, there is potential for tourism to grow. The latest data shows that more than 18 million people vacationed in Greece in 2021, but those visitor numbers were more than 34% below 2019 levels. To boost them, the nation’s tourism minister, Vassilis Kikilias, pointed to new flight routes from the U.S. and a broader strategy for promoting lesser-known islands.

“The campaign is ‘Greece: If you come even once, you will want to stay forever.’ Yes, of course it’s about Mykonos and Santorini and Corfu and Crete, but there are so many other destinations,” he said.

He argued that spreading visitors across destinations will help address the over-tourism problem that plagued so many of the world’s popular places before the pandemic. As for getting locals in less frequented locations on board with the plan, Minister Kikilias insisted it’s not a problem.

“Go meet the Greeks, you will understand Greek hospitality. It’s not a six-star hotel or great luxury. It’s the inner need of the Greeks to host foreigners, travelers and tourists, and show them a great time,” he said.

Cheesemaker Rouggeri reiterated that tradition is what makes Tinos so special. And while there is a welcoming attitude toward visitors, there’s no rush to export the island’s uniqueness.

“Look, it would be nice for the cheese to stay in Tinos. Because when someone comes to Tinos and tries it, he will have the taste. Then, he will try it again in Athens, and his mind will go back to Tinos,” she said. 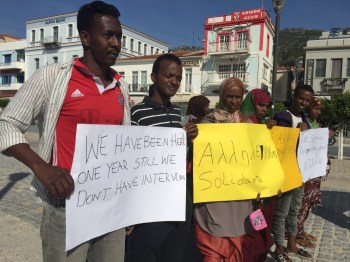