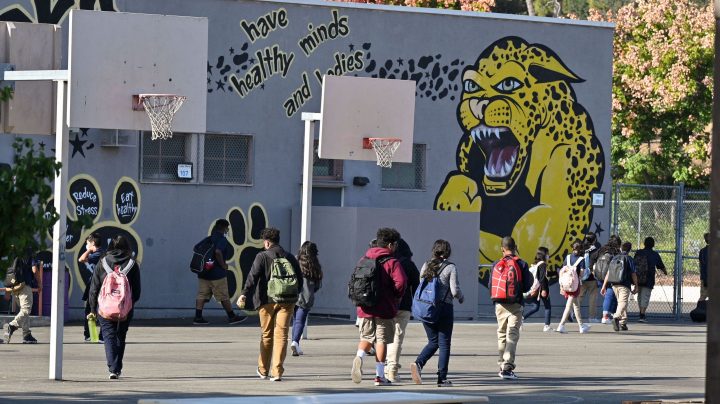 COPY
In some places, average daily attendance determines how much money schools get from the state. Robyn Beck/AFP via Getty Images

In some places, average daily attendance determines how much money schools get from the state. Robyn Beck/AFP via Getty Images
Listen Now

Kids are heading back to school in some parts of the country, and they will be soon everywhere else. At least, they’re supposed to be. But according to the U.S. Department of Education, more than 70% of public schools reported an increase in chronic absenteeism during the school year that ended in spring.

That means more students are missing at least one school day every two weeks. Those students have a harder time learning, and their schools receive less funding. So school leaders are trying to think creatively about how to get kids to stop skipping school.

Friday is the first day of classes at Washington-Marion Magnet High School in Lake Charles, Louisiana. And at 6:30 a.m., students are going to get a wake up call from Principal Ronnie Harvey Jr.

“Hey, good morning, everybody,” said Harvey, practicing the script. “This is Mr. Harvey. I just want to make sure that you’re up and you’re ready to be the best Charger Indian you could possibly be. Attendance is important.”

He also meets with parents and the community about the importance of attending school. He said in the wake of the pandemic, up to 30% of students might be absent on any given day.

“Attendance is bigger than when it used to just be wake up, eat breakfast, go to school,” Harvey said. “Now, there’s so many factors as far as what’s going on inside the home.”

Also, some families have just gotten out of the habit.

“The expectation of going to school every day seems to have diminished a little bit,” said Kevin Brown, executive director of the Texas Association of School Administrators.

In Texas, average daily attendance determines how much money schools get from the state.

“So you may have 22 students in an elementary class,” Brown said. “But if only 18 of them show up, then you’re only being funded for 18, even though your costs are really for 22.”

The other form of funding schools is based on enrollment, which is often determined by how many pupils show up on a particular day, the so-called count day.

“The kids are there, or the kids are not there,” said Dana Chambers, with the education nonprofit WestEd. “And that’s the day. And so you can imagine with attendance being variable, that could really impact your per-pupil funding.”

So some school leaders are visiting homes or offering pizza parties to classes with the highest attendance — anything to get kids to show up. 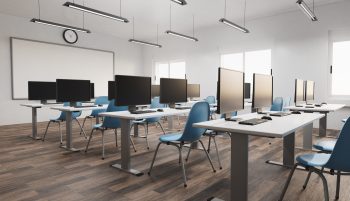