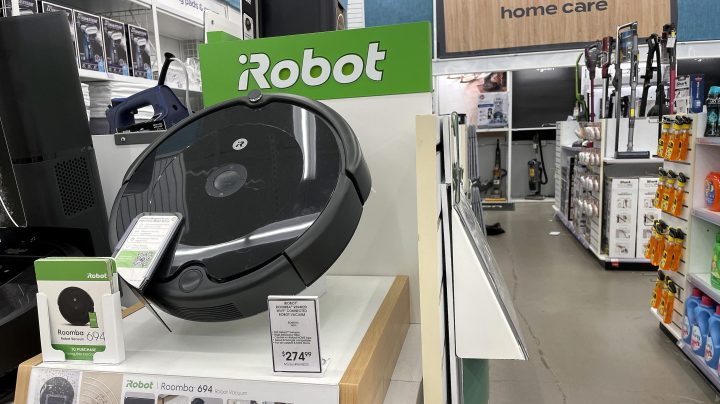 In the 1960s cartoon “The Jetsons,” there’s this moment where the mom, Jane, presses a button and a little blue robot starts to vacuum the living room. It also cleaned out an ashtray and poured her a cup of coffee.

“The Jetsons” was set around 2062 (approximately a century after the show first aired), and parts of the smart home it imagined — including robot vacuums and video calls — are already a reality.

For the past 20 years, robot vacuum cleaners known as Roombas have been roaming around our homes, confounding our cats while they suck up dirt, along with the occasional sock. Amazon, which is a Marketplace underwriter, announced Friday it’s buying the maker of those Roombas, the company iRobot, for $1.7 billion. IRobot also sells robot mops, air purifiers and replacement parts to keep all those machines going.

And during the pandemic, robots took on a lot more tasks.

“This is a tipping point,” said Robin Murphy, a roboticist at Texas A&M University.

She led a study that found people got more comfortable using robots to do things like disinfect surfaces and deliver food during the pandemic.

“So we’ve really seen in the past two years robots go for something that you might have for military or highly specialized uses, but now it’s like, oh, yeah, sure, robots everywhere,” she said.

The market for smart home devices grew nearly 12% last year worldwide, with Amazon as the market leader in the United States.

“[Alexa could] say, ‘Hey, you know, we see that there’s a upcoming event on your calendar. You should probably run your your robot and clean the home before you have visitors,'” he explained.

All those robot vacuums and mops will also provide Amazon with more data about, say, the layout of customers’ living rooms.

“Consumers are concerned about digital privacy and security,” Wright said. “But more often than not, we’re happy to push those concerns to the back of our minds in favor of convenience.”

And consumers today — unlike Jane Jetson — are more aware they’re paying for that convenience with personal data.