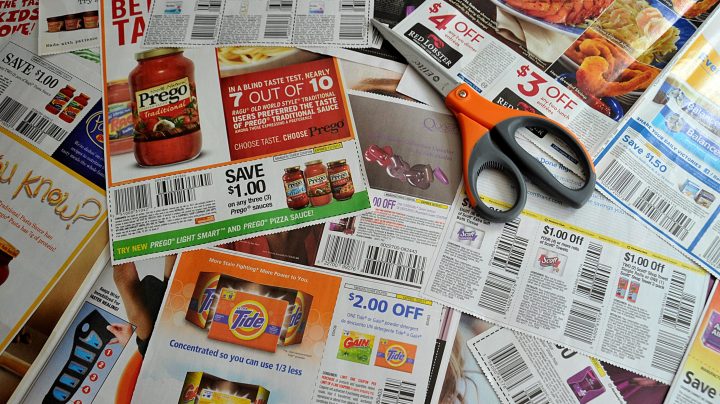 Disrupted supply chains and other factors have driven up what consumers pay for food and energy, causing inflation to surge to its highest level in the last 40 years. May’s consumer price index showed food prices rising 10% compared to a year earlier, and grocery store prices climbed almost 12%.

Consumers are changing their shopping habits to save as much money as they can. Many are turning to couponing, whether through their local pennysaver publication or using digital coupons on their smartphones. However, as consumers are finding out, those deals aren’t as plentiful as they once were.

Lydia DePillis, a business reporter for The New York Times, wrote about why coupons are disappearing. She discussed how inflation impacts the couponing industry with “Marketplace” host Kai Ryssdal.

Kai Ryssdal: You know, I saw this story the other day, and honestly, I thought to myself, “God, coupons are so 20th century.” Right?

Lydia DePillis: Sure. They’re not. People still love them.

Ryssdal: Well, so say more, right? Because we’re in a digital economy now and coupons have gone that way. But still, they’re kind of a quirky thing.

DePillis: That’s true. And I share your memories of, well, in my case, a mother not clipping coupons, but getting them in the newspaper and thinking, like, “Who uses these things?” But a lot of people use them. Like, on the order of nearly 400 billion coupons were distributed towards the end of the ’90s. And that kind of flowed with newspaper distribution. And that declined for a number of reasons, both redemption rates, meaning the share of coupons distributed that ended up being used, and also the total number of coupons that were distributed.

Ryssdal: There was that brief comeback during the Great Recession, as you pointed out in this piece, and there were the extreme couponing television shows, of which I watched more, really, than I would like to admit to because it was kind of amazing. But here we are now in 2022. And they have technologically advanced while the user base perhaps has not.

DePillis: Sure. So a few things happened. You know, one, you’ve seen this shift towards digital everything, especially marketing, right? Brands and retailers see the advantages of being able to target people based on a ton of data that they collect about you. So they thought, “Well, gosh, you know, our coupons aren’t reaching as many people anyway because newspaper distribution is down. So can we get people to use these things on their smartphones?” The problem for brands and retailers is that the typical coupon user tended to be that older person on a fixed income, or maybe someone who doesn’t, you know, have the means to own a smartphone. And so it just wasn’t hitting the demographic that typically consumes the types of discounts that they were using.

Ryssdal: Yeah. And what are we seeing now with inflation at 8.5% and food certainly helping lead the way? Is coupon use rising?

DePillis: It’s hard to say in the moment. Coupon distribution has really tanked during the pandemic. And that’s for a few reasons. I mean, primarily, brands and retailers just thought, “Why would I add an additional incentive for people to buy stuff when there’s shortages everywhere?” You are getting what you need, wherever you can, and who cares what brand it is? But now, in an inflationary time, people would love to find more savings. But there’s just not that much room to give. Retailers especially are putting more pressure on brands to say, “You better keep your costs down overall. We’re not going to leave extra leeway in the budget for a discount.”

Ryssdal: You know, it’s funny, so my local Piggly Wiggly, when I check out — granted, it’s at the self-serve checkout thing because it’s always faster — but it always prints out coupons for me, and I leave them hanging in there. Is there an adoption thing that, that maybe today’s shoppers just aren’t into? They just want to hustle-bustle and get going because they got 14 different things to do.

DePillis: Yeah, I think that’s true. I mean, and I do think that it’s possible that folks, once they understand that it’s actually fairly easy to use digital coupons. I didn’t even know digital coupons existed before doing this story. But now I shop at the same grocery store every week. I shop the same things every week. And I’ve done a little bit of clipping, and it’s pretty easy and you can save some money, but it all depends on what that time is worth to you. And time and brain space, honestly, I mean, we have so many things to keep track of. Maybe saving, like, $5 in your grocery bill is not something that you want to make that trade-off for.