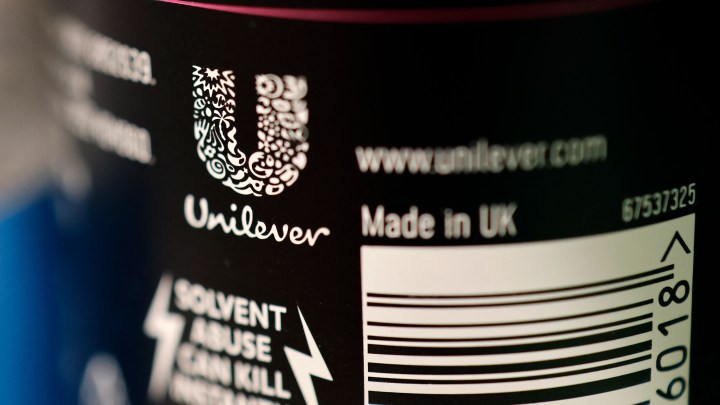 COPY
While some applaud Unilever's approach to social and environmental issues, some shareholders would rather see returns on their investments. Tolga Akmen/AFP via Getty Images

While some applaud Unilever's approach to social and environmental issues, some shareholders would rather see returns on their investments. Tolga Akmen/AFP via Getty Images
Listen Now

American activist investor Nelson Peltz has taken a stake in one of Britain’s biggest corporations: the food, beauty and home care giant Unilever, which owns such household-name brands as Breyers ice cream and Lipton tea.

The $115 billion company — which has been stagnating for years — is clearly worried by the move.

It’s given Peltz, who’s famous for shaking up underperforming businesses, a seat on the board. Some fear this will lead to a culture clash. While the billionaire Peltz focuses laserlike on cutting costs and improving the bottom line, Unilever says it has a deeper, more expansive purpose: improving the planet.

Unilever regards itself as a champion of social justice and a campaigner against environmental harm. But the altruistic image — projected through brands like Dove soap, Hellmann’s mayonnaise and Domestos disinfectant — has palled for shareholders, at least.

“The shares have underperformed badly relative to the U.K. market and its global peers,” said Russ Mould, investment director at stock brokerage AJ Bell. Rival food giants Nestle and Procter & Gamble have seen their share prices rise strongly over the past five years, while Unilever’s has fallen by more than 10%.

“Some have criticized the company for being too obsessed with environmental, social and governance issues when they want the company to make more mayonnaise and sell more products,” Mould observed.

Matthew Lesh, head of public policy at the Institute of Economic Affairs, a free-markets think tank, echoed that sentiment.

“Unilever’s been too focused on social purpose rather than delivering profits for shareholders,” he said, adding that the company has been preoccupied with promoting marquee liberal causes. “Things like LGBT+ rights, addressing the climate crisis as well as taking a stand against Brexit.”

The movement to depart the European Union was among the targets of Unilever’s most activist brand, Vermont-based ice cream maker Ben & Jerry’s. The brand has also tweeted against the U.K. government’s immigration policy and, in a protest against Israel, refused to sell its products in “occupied Palestinian territory.” (Unilever ended that boycott after a hailstorm of criticism.)

Lesh described all this as “playing with fire“ for a consumer products company since it risked alienating many of its customers.

Unilever did not respond to Marketplace’s request for a comment, but Simon Rawson of ShareAction, a nonprofit that promotes socially and environmentally responsible investing, was happy to defend the company’s activism. He believes it does some good.

“For example, Unilever is, I think, one of the leaders globally in committing to pay living wages for people throughout its extensive supply chains,” he said.

The company has also campaigned against plastic pollution and, through its beauty products, tried to change perceptions of physical perfection and take body-image pressure off young people. “I think that is laudable,” Rawson said.

He does criticize the company for what he calls its “unhealthy portfolio of food products” but gives it credit for addressing the problem by agreeing to report its level of compliance with government-backed nutritional recommendations in its major markets around the world.

Rawson added that he does not believe Unilever is motivated by pure benevolence.

“Having a social purpose makes commercial sense for a consumer product company,“ he said. “Consumers are increasingly moving away from brands that they know are unsustainable or irresponsible, whether through its exploitative labor practices or through its environmental credentials.”

But even the company’s supporters concede that Unilever’s political activism can be polarizing. Rather like Marmite. The company’s most divisive brand, a pungent British savory spread, is actually advertised under the slogan “You either love it or hate it.”

As a fearsome activist investor takes a seat on the Unilever board, Britain’s commentariat is equally divided. Some hope that it will lead to a rude awakening for a woke corporation, while others fear a potential setback for concerned capitalism. 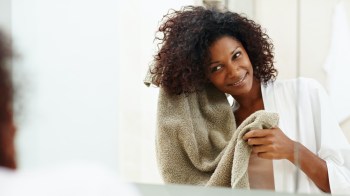