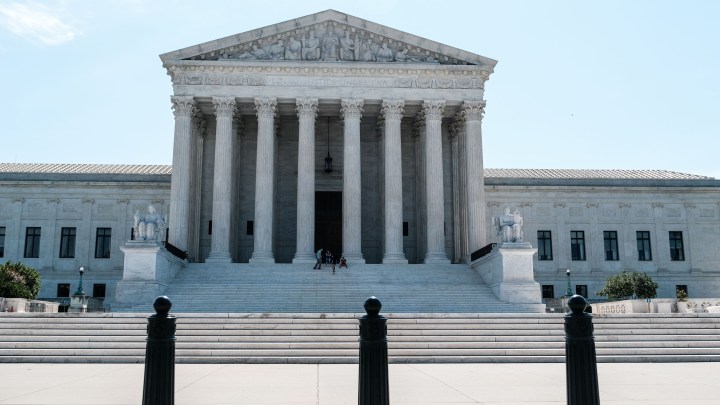 More than half of states could enact abortion bans should Roe v. Wade be reversed, as is expected.

That could have a big effect on businesses based in those states — especially in the tech sector, where workers are in high demand and tend to be more left-leaning.

Tech workers have been seen as a prize for states and cities thanks to their high incomes and generous spending. But redrawing the map for abortion access could change the tech landscape.

Everything is bigger in Texas, including its competitive edge in the tech industry, said Steven Pedigo, a professor of economic development at the University of Texas in Austin.

“That advantage of low-cost, engaged private sector matched with the idea of great amenities, world class research institutions, a people climate that was quirky and diverse,” he said.

Cities like Austin have become the destination for tech workers looking to work outside of Silicon Valley.

“I worry that we’re gonna lose it,” Pedigo said.

Texas already has one of the country’s most restrictive abortion laws, and is one of 13 states that will automatically ban abortion if Roe v. Wade is reversed.

“To the extent that there is a culture war breaking out that is likely not welcomed by the tech workers,” said Mark Muro, a senior fellow with Brookings Metro.

And it’s not just an issue in Texas. Since 2020, Muro said tech jobs have proliferated in many lower-cost areas beyond the coasts.

While many tech companies located in these states have offered to pay for employees to travel out of state for abortions, the cultural climate could especially deter women in tech, said Sarah Kunst, a VC investor in Silicon Valley.

“For me when I look in the mirror and say ‘I am a Black woman in America, do I want to go live in a state that … is pretty openly hostile to so many facets of my identity?’ It’s a pretty easy no,” she said.

Tech companies could take these issues into consideration when deciding where to locate, said John Boyd, a site selection consultant.

“There’s a historically difficult and tight labor market today, so anything that would make recruiting and retaining the best workers more challenging would be a concern,” he said, adding that he’s started to see increased demand in another state.

“Nevada brings to the table a terrific state business climate. There’s no personal or corporate income tax,” he said.