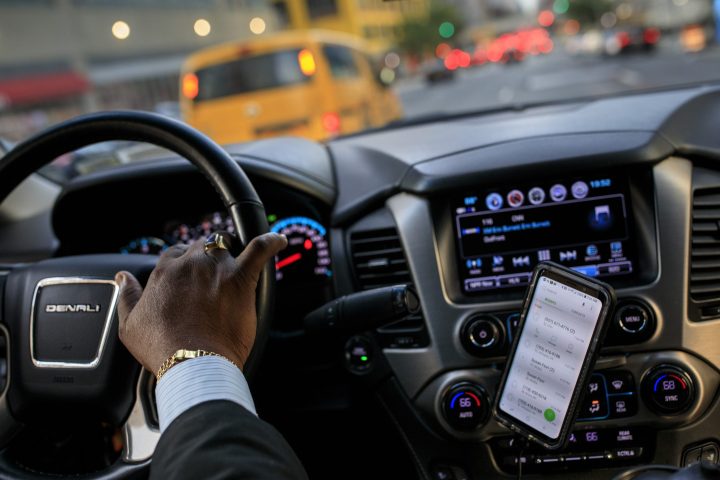 Uber announced this week that it’s bringing back shared rides in a bunch of cities, including New York and San Francisco. The rideshare companies are trying to offer more options to get people back in cars. In order for that to work, they need drivers. With gas prices higher than they’ve been in years, some drivers are wondering if it makes sense to get on the road at all.

After the school year ends in Texas, Austin-area high school teacher John Gloria said he has a decision to make.

“I’m either going to do summer school, or I’m going to work a side job in the summer,” he said.

His side job of choice: Drive for Uber and Lyft. But he’s not sure the numbers make sense.

“I have a little Ford Focus and it costs me now about $50 to fill up. When I started driving for Uber and Lyft three years ago, it probably would have been about $25. So it’s doubled,” he said.

And the amount of money he’s earning from the rides hasn’t. Sociologist Alexandrea Ravenelle, author of the book “Hustle and Gig: Struggling and Surviving in the Sharing Economy,” said platforms could offset costs by taking a smaller cut of the fare.

“But the platforms didn’t do that. They just put an additional charge on for gas that would then be borne by the consumers,” she said.

Both Uber and Lyft now have surcharges to offset drivers’ fuel costs, and they’re trying to get more cars on the road with cash incentives. For example, a driver might get a $100 bonus for completing a certain number of rides.

“I don’t know if those are enough to overcome these gas prices that are really in people’s face or not, but certainly the rideshare companies are making an effort to use those incentives to keep people on the road,” said Hudson Sessions, who teaches management at Southern Methodist University in Dallas.

John Gloria said he’ll probably get out and drive for the rideshares next week as a trial run.

“You know, do that final math about ‘Did I net enough to cover gas and make some money? Or is it just not worth it?’”

He said cash bonuses are tempting, but securing those rides is a whole other part of the hustle.