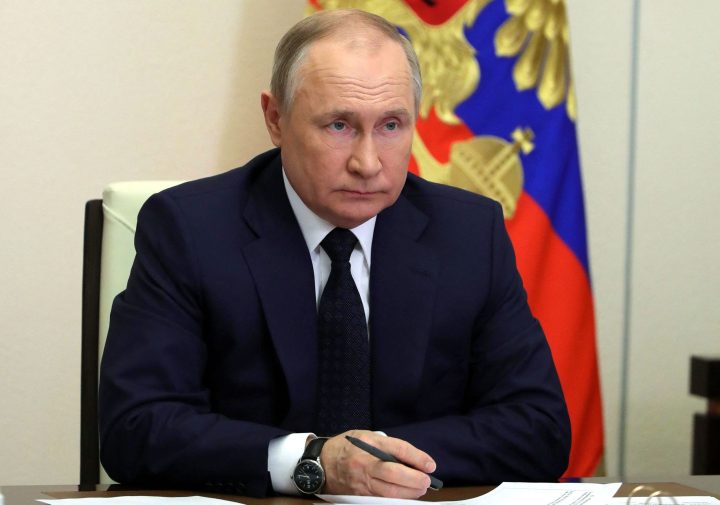 In Ukraine, the human and economic costs of Russia’s invasion are increasing with each day of fighting. In addition to soldiers and civilians killed in the fighting, the war has so far caused up to $600 billion in economic damage according to the Kyiv School of Economics.

Now, some politicians in the West are suggesting that part of the money to start rebuilding the country should come from overseas Russian assets that have been frozen since the beginning of the conflict. The European Commission has proposed new rules for confiscating assets, while the U.S. House of Representatives passed a bill in April encouraging the Biden administration to sell the frozen luxury assets of Russian oligarchs.

But that path could be fraught with practical and legal difficulties, according to Matthieu Favas, The Economist’s Finance correspondent. He spoke with Marketplace’s Sabri Ben-Achour about the prospects of Western countries confiscating Russian assets, and why doing so may be more difficult than many might expect.

Sabri Ben-Achour: So let’s just review first. According to The Economist’s reporting, Russia has $300 billion of bank reserves in the U.S. and Europe. There are up to a trillion dollars of Russian private sector assets out there, outside of Russia. How much of that has been frozen or seized at this point?

Matthieu Favas: So you have to distinguish between the public assets or state assets, which are the central bank reserve that you described, which have been immobilized in a way. They are described as being hindered, basically, that’s the technical term for it, which means that the Russian Central Bank cannot make transactions with it, because other parties in the West are forbidden from transacting with the Russian Central Bank. So in effect, these reserves cannot move, but they’re not technically frozen to be frozen, we will need another legal step to happen. This is not very difficult for the governments to do. But it’s a nuance, but effectively they’re immobilized. So we can say that the 300 billion are effectively frozen. Now private assets, it’s much less than that. So first of all, you know, this $1 trillion that you mentioned, includes a big check of foreign direct investment, so companies investing abroad. And these investments mostly are not frozen, first of all, because it’s hard to know exactly where they are. But also because they’re not being targeted directly by sanctions, which leaves the assets held by oligarchs, and that amounts to about $400 billion abroad. And out of that, perhaps $50 billion have been frozen. So just a fraction, really,

Ben-Achour: Several countries in the EU. And numerous politicians have said, “If Russia is causing $600 billion worth of damage to Ukraine, Russia should pay for that. And we should seize its assets to make that happen.” My first question about that is, is that legal, at least in the US?

Favas: It is mostly not. So once again, you need to look at state assets and private assets separately, perhaps we start with the private assets. In general, to be able to legally seize private assets, you need a criminal conviction in the courts and not any criminal conviction or for any crime, you need this crime to be on a specific list which warrants seizure. Not every crime is on that list. So you need a process to get to these assets, which can take years, you know, to prove that these assets have been either the instrument of a crime or linked to the proceeds from it, which is the condition you need to be able to see them. This is a lot of effort, time, and money spent in court. And so if the West was to try and do that—the U.S. or European countries—they would essentially spend a lot of time in front of judges. So that’s the private assets. For the state assets, technically, as you said that they’re not frozen, so they’d need to be frozen first before being seized if they’re ever seized. But then most of them generally are covered by what we call the sovereign immunity. So they’re protected from lawsuits. But there are in the US, there’s a law that gives sometimes a reason for seizing assets. But same law that’s used to freeze assets, it provides the legal backing for that action, and it typically doesn’t give the right to seize the assets. But there is one exception that was added in 2001, which allows the U.S. government to seize assets if it’s at war with another country in a physical war, an armed conflict. That was the one exception that was used by the Bush administration to seize Iraqi assets in the early 2000s. But right now, you know, America is not at war with Russia. And actually the government is quite at pains to emphasize that that’s not the case, that’s the support that it gives Ukraine by sending it weapons does not amount to it being at war with Russia.

Ben-Achour: The U.S., Europe, and Japan have seized assets or frozen assets. What’s the difference between that and confiscating those same assets, using them to pay for damage or whatever what might have you?

Favas: The difference is if you freeze assets that are still there, and the legal owner doesn’t change, which means that if you unfreeze the assets, if you know, we feel that Russia has done enough to stop the war in Ukraine, is ready perhaps to pay for some of the damages, then we can return the assets to Russia. If you confiscate the assets, then you change the owner. And then the assets are no longer there. You know, you can give the assets to someone else you can give them to Ukraine. It’s irreversible wealth. Freezing is reversible. And that’s part of the idea because when you freeze the assets, you provide an incentive to the targeted country to change its behavior. If you confiscate the assets, then even if the behavior of the country changes, then you can’t return the assets.

Ben-Achour: Let’s say the US finds a legal way around, finds a way around the legal issues of confiscating assets. Is using Russian assets to pay for Russian damage a good idea?

Favas: We would argue not because then if it’s proven to be legal, and as we just explained, it’s quite a high hurdle. But let’s imagine we find a way to make that legal, then you have to look at the strategic consequences of such an action. First of all, we could argue that makes peace less likely or less easily achievable because then Russia has a less incentive to make peace because the assets are no longer there. And also, we should, you know, generally, the objective of freezing the assets is so that the country that is targeted, doesn’t use the assets. So the money essentially to fund the war that we disagree with, in this case, Ukraine, if the assets are frozen, that goal is already achieved, the assets can’t be used, so you don’t achieve more just by confiscating the assets. But then longer-term, also, if you confiscate the assets like we’re doing using a bit of a legal loophole, or something that is, you know, originally was not in our legal statutes, but we will try and make an exception for it, then you provide an excuse for other countries worldwide to confiscate Western assets, potentially other assets belonging to other countries. And you start to have an international rule of law order that basically starts to collapse. And then also, you diminish the confidence that other countries have in the Western financial system, which is a bedrock of its power. That’s what enables us to impose sanctions that are pretty effective right now. And if you add critical assets, you will provide an incentive to non-Western countries to move away from them from that system.

Ben-Achour: If the U.S. and Europe cannot use confiscated or seized or frozen Russian assets to make Russia pay for what it’s done in Ukraine, is there some other way to compel Russia to pay?

Favas: Well, there’s two other ways that are being contemplated or considered because you could try and target not the stock of assets, so the assets that Russia already has abroad, but the flow of assets. Russia, earns an enormous amount of money every day from selling oil and gas to, notably to Western countries, you could try and target this, this amount of money either by imposing a tariff on Russian and oil and gas exports. And that’s an option that actually the US, Janet Yellen, has argued in front of the G7. It is something that actually would be sensible. But it’s quite unlikely. It will be hard for Europe to agree to that, as a whole, as a group of 27 countries. There’s a lot of disagreements within the bloc. The second possibility would be to hold the revenues that Russia earns into international bank accounts in escrow accounts, and basically then force Russia to pay some of this money to Ukraine, in exchange for this money then to go to Russia. This is something again, that’s being considered. I’m hearing in Washington this is an idea that is perhaps gaining a bit of traction, but again, hard to implement in practice because Russia could just decide not to sell oil and gas to the West. And if the measure then you know if the West wants the measure to be extended, or to be applied, but other countries then would have to perhaps impose some sanctions on these countries as well, which so far we’ve refrained from doing.

Ben-Achour: I mean, what do you see as the most likely outcome here?

Favas: The most likely outcome, I think is that things stay as they are, that the West carries on trying to freeze more Russian assets, especially the ones that are the most visible. So the yachts, the private planes. The Russian Central Bank reserves will remain frozen. I think it will be hard, there’s quite big obstacles for vendor confiscation to happen. I suspect there may be some efforts or some attempts to do that. But I don’t expect they will be very successful. Yes, what I expect, rather, is for the West to, well, to contribute to the reconstruction of Ukraine, because you have confiscations are unlikely. And then the end of the war right now seems very far. But typically, this is when reparations are agreed, it’s not doing once the conflict is occurring. So I suspect this is when hopefully we’ll see more conversations around Russia contributing. This may never happen. But this is a more likely time than it is now.