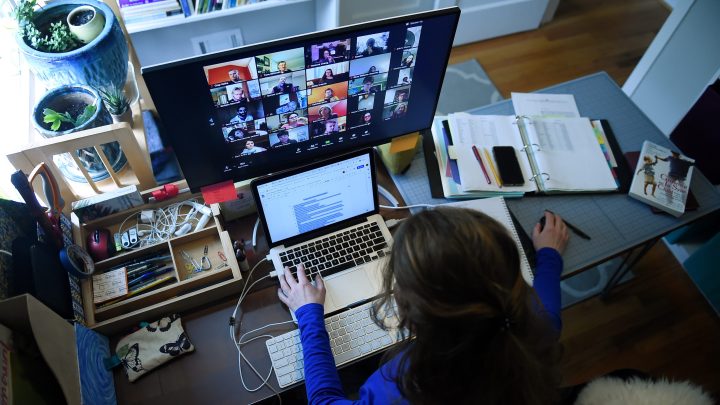 During the pandemic, longtime high school English teacher Catherine Fink decided she wanted to pursue a career in law. This school year, her first in law school, she was in a program that involves being on campus for two weekends a month with the rest of the work done online. She also continued teaching at an 80% course load.

“I think it was the hardest year, I don’t want to say ‘ever’ because when we had three kids under 3, that was really rough too,” Fink said. “But it was definitely the year I felt the most frazzled, just in terms of having to be basically at three full-time jobs, it felt like — teaching high school English, going to law school part-time and then having three kids.”

Even with a scholarship covering much of her tuition, Fink took out student loans.

“I probably didn’t take out quite enough,” she said. “We found ourselves a little underwater, but part of that was also that things got a lot more expensive this year.”

Fink had considered quitting teaching to focus on law school, but she plans to continue teaching at 80% during the upcoming school year for financial reasons.

“I do feel like it’s worth it,” Fink said. “It’s very exciting to be challenged intellectually as an adult, especially after the ins and outs of teaching and parenting and pandemic-ing and adulting that are not inspiring in that same way. My own kids are really proud of me, and I think it’s special to have that role in their life — someone who shows them that they can be who they want to be. No matter how old they are, they can reinvent themselves.”