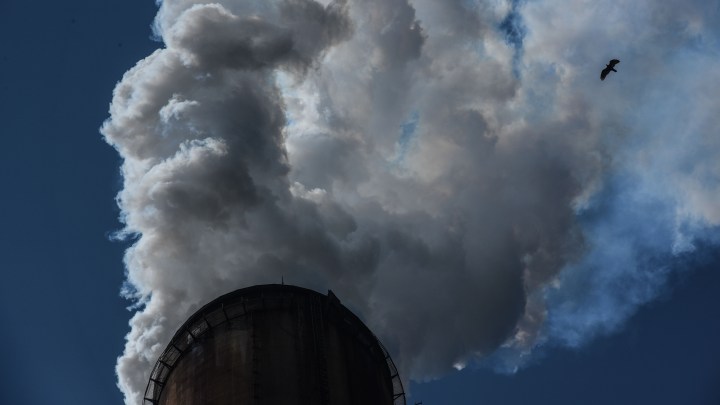 COPY
A bird flies by emissions from a coal plant in Ohio in 2019. Coal prices in central Appalachia have already more than doubled over the past year. Stephanie Keith/Getty Images

A bird flies by emissions from a coal plant in Ohio in 2019. Coal prices in central Appalachia have already more than doubled over the past year. Stephanie Keith/Getty Images
Listen Now

We got news on Thursday that the Saudi Arabia is ready to start pumping more oil onto the market, which could bring oil prices down a bit. But oil and gas aren’t the only fossil fuels in tight supply.

Coal prices in central Appalachia have already climbed by almost half in 2022 — and more than doubled over the past year. Plus, a lot of miners are having to tell customers that even if they wanted to sell them coal at these high prices, they just don’t have any ready and they have to fulfill their prior commitments.

Coal is priced according to when you want it. There are contracts with terms in years, in months and then there’s the spot market — when you need fuel immediately. With coal right now, that’s if you can even get it all. Last fall, U.S. coal stockpiles hit their lowest level since the 1970s.

Many plants switch to natural gas when coal prices spike, he said, but natural gas prices are at record highs too. And for those who still only use coal? “They may have to shut down just because coal is simply isn’t available on the spot market.”

Many mines have been shut down because of a desire to transition away from dirty fuels.

Ian Lange, who teaches energy economics at the Colorado School of Mines, said that if he were running a coal mine, he’d ask one thing of his customers: “Show me, you know, give me a commitment.”

A long-term commitment. Coal mines are tough and expensive to get started. He said mining companies want 8- or 10-year contracts to entice them to ramp up.

“Give me something that I can then go to my shareholders go to my investors with and say, ‘Look, here’s, pretty clearly, here’s this demand this far out. We need new assets, we’ve got sales that far out,'” Lange said.

But most investors aren’t interested, he said. The long-term prospects for coal remain weak, even though some suppliers are reaping short-term benefits.

Fossil fuel spikes could well accelerate the transition away from fossil fuels in favor of wind and solar, according to Greg Nemet at the University of Wisconsin, Madison.

“They completely removed the price volatility, which has become such a whiplash effect with oil with natural gas and even now with coal, and so there’s even more incentive to move to renewables because they remove that price volatility issue,” he said.

Not just prices but the geopolitical challenges facing energy supply right now have many countries looking for any alternative to the status quo, Nemet added.