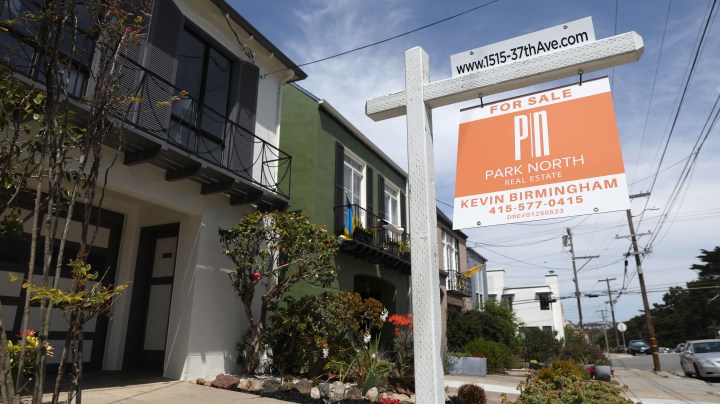 COPY
Given how much mortgage interest rates have risen over the last year, demand could be slowing down. Justin Sullivan/Getty Images

Given how much mortgage interest rates have risen over the last year, demand could be slowing down. Justin Sullivan/Getty Images
Listen Now

One impediment to buying a home lately has been the rising cost of mortgages. The average interest rate on a 30-year fixed mortgage has risen over 2 percentage points in the last 12 months, according to Freddie Mac, the government-backed mortgage corporation. But in the last few weeks, those rates have fallen slightly.

Mortgage rates tend to move along with the yield on the 10-year government bond, and lately that yield has been sliding.

“And that’s meant that mortgage rates are coming down as well,” said Mark Fleming, chief economist at First American.

It might sound strange that 10-year bond yields and mortgage rates are falling when the Federal Reserve has been raising interest rates.

But many investors who are nervous about a potential economic downturn have been buying those safer government bonds, said Winnie Cisar at CreditSights.

And given how much mortgage rates have risen over the last year, Cisar said, demand for mortgages could be slowing down and lenders will have to get more competitive.

“Which means they have to lower the mortgage rates to make them more attractive to people to either buy a new house or refinance their existing mortgage.”

Sales of new and existing homes have been falling too, in line with the Federal Reserve’s goal of slowing demand to cool down the economy.