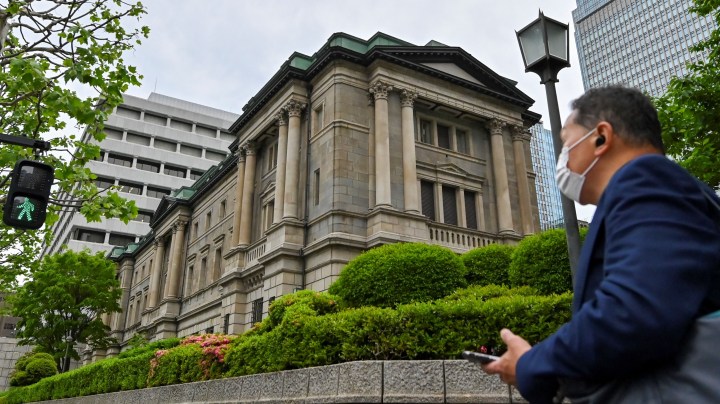 Remember, not so long ago, when “transitory” was the word Federal Reserve policymakers used to describe inflation? It’s now considered a dirty word in monetary policy circles.

That’s not the case in Japan, where on Thursday, the central bank announced that it’s committed to keeping interest rates low.

Policymakers have said inflation there is primarily driven by one-time causes. (See: the recent spike in energy prices.) Without that, Japan might still dealing be with deflation, which has haunted policymakers for decades.

By keeping interest rates low, the Bank of Japan is bucking the global trend led by the Fed in the United States. The two nations are on very different tracks, said CIBC’s Bipan Rai.

“The United States economy is humming, whereas the Japanese economy is not doing so great,” he said.

The BOJ’s announcement hit the nation’s currency, the yen, which was already hovering at lows not seen in 20 years. That makes goods that Japan sends abroad cheaper and may help juice its economy — but not for a while, Rai warned.

“The near-term effect is actually quite damaging if you have a significant degree of weakness in the currency,” he said. “The reason for that is because it passes through to prices, in terms of inflation, much quicker than it does towards trade.”

So people in Japan will keep paying more for the many things they import. But unfortunately, Japanese salaries have stagnated for the last three decades, according to Takatoshi Ito, a professor of international and public affairs at Columbia.

“Japanese should be really concerned about how to increase their wages and real income and consume more,” Ito said.

Allowing the yen to lose value today won’t support the Japanese economy the way it used to back when Japan manufactured more goods, Ito added.

“Many companies have already established the production base in the U.S. and Europe. So they’re quite, you know, neutral from this exchange rate.”

Inflation is back in Japan, but nothing like in the U.S. and Europe — which may explain why the nation’s central bank is going its own way.