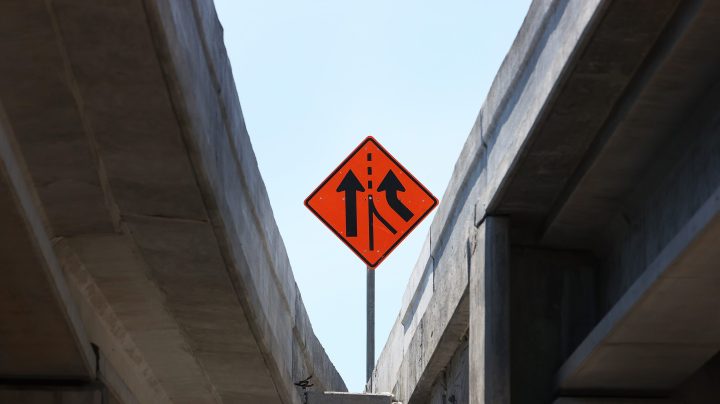 COPY
Biden is calling for materials funded by the bipartisan infrastructure bill to be sourced domestically, but that's easier said than done. Joe Raedle/Getty Images

Biden is calling for materials funded by the bipartisan infrastructure bill to be sourced domestically, but that's easier said than done. Joe Raedle/Getty Images
Listen Now

New guidance on President Joe Biden’s infrastructure bill, passed in the fall, calls for materials paid for in the bill to be sourced in the U.S. That includes steel, iron and construction materials that could be coming to a highway near you. But, with the way supply chains are configured now, it’s won’t be easy.

Biden is hardly the first president to try to support American industries, like steel, through government purchasing. But “buying American” is easier said than done, according to Eswar Prasad, professor of trade policy at Cornell.

“This is more of an aspiration and a political statement than really a substantive element of economic policy at this stage,” Prasad said.

One big obstacle is that the U.S. doesn’t make enough of the materials covered under Biden’s requirements.

“It’s going to be very difficult for U.S. industry to ramp up to the extent that is needed, especially within the short term,” Prasad said.

The Biden administration has agreed to waive the requirements when there aren’t enough domestic producers or when costs are too high.

The hope, though, is to build up American industry to make more of those materials in the U.S., so the government can issue fewer of these waivers.

With supply chains already in disarray, now isn’t a bad time to focus on improving them, according to Maia Linask, an economics professor at the University of Richmond.

“U.S. firms, largely because of the pandemic and other supply chain issues, have already been thinking about remaking those supply chains, diversifying them maybe outside of, you know, where they’ve traditionally sourced a lot of things,” Linask said.

Biden is issuing the mandate to strengthen the manufacturing base, boost the number of jobs and reduce dependence on countries like China.

But Krzysztof Pelc, who teaches political science at McGill University in Montreal, said all of that could come at a price.

“So the big trade-off here, which is especially salient given the high inflation these days, is that this represents higher costs,” Pelc said. Costs, he added, that would be paid by the American taxpayer.