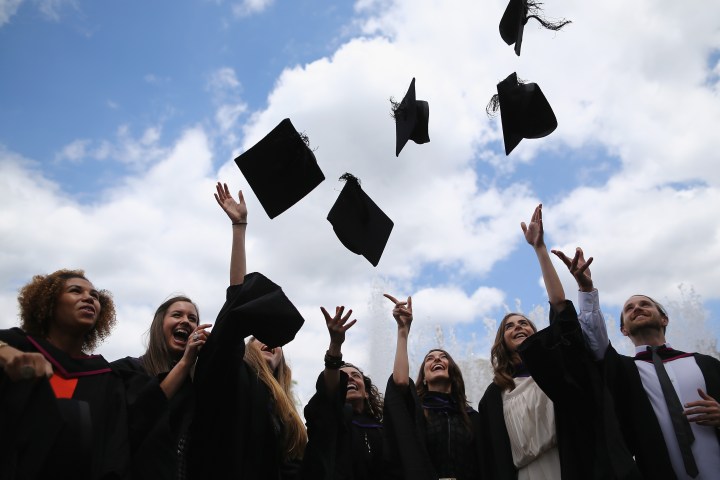 One of the takeaways from the 2019 college admissions scandal, which exposed a conspiracy of wealthy parents bribing their children’s way into elite institutions, is the enormous cultural weight placed on college prestige. Getting into a top college or university becomes a north star for some high schoolers and their families and can be closely tied to feelings of self-worth. But does going to a more prestigious school really make a difference your life?

It depends, says Ron Lieber, author of “The Price You Pay for College” and The New York Times’ “Your Money” column.

“It isn’t always easy to know ahead of time — particularly with a teenager who doesn’t know what they want to do with their life — how much [prestige] may matter. But we shouldn’t pretend that it doesn’t matter at all,” he said in an interview with Marketplace’s David Brancaccio. “It will mean something, in some places, sometimes.”

David Brancaccio: It is super irritating to watch how some parents cheated to get their kids in [to college]. But this isn’t the big way that money influences who gets into higher education?

Ron Lieber: No, not at all. There are at least three ways. If you’re at the tippy-top of the 1%, you can buy your way in, in many instances, by giving $10 million for a building. If you got kids who are athletic and you have more money than average, you can pour money over 15 years into travel teams, getting them good enough to give them an admissions edge. And then, if you don’t need financial aid, at most schools — including most private colleges and universities — you’ll get an admissions edge somewhere in the process if you don’t need financial aid. So, cheating — I don’t know that that’s necessary.

Brancaccio: Yeah. On your last point: The colleges know if you need some money from them. And there have been, over the years, some schools that have done need-blind admissions, but they’re getting very few and far between. So because the college knows you need some financial aid, it might hurt your chances. So if you don’t need the aid, you have a leg up.

Lieber: This is true. Now, we should mention that there is a category of schools that is need-blind but then will not meet the need that you’ve demonstrated — so you get in and your forms say you need about $35,000 of help, and they only give you $20,000, and they leave it up to you to figure out whether you’re going to fill that $15,000 gap with a bunch of loans or a second job or some other way. They throw the decision in your lap, even though they can’t help you as much as you would like.

Brancaccio: You and others have pointed out that a person can get a fabulous education without going to the Mercedes-Benz or Ferrari of campuses. But is prestige worth nothing? Is it just like we should get over prestige? I mean, prestige can count.

Lieber: We should not necessarily get over prestige. There’s at least three reasons it might matter, and they all have to do with what other people think. So the first one is that prestige can yield a sort of gold star for parenting in the community. Maybe you’re trying to impress people with the Instagram sweatshirt reveal or whatever sticker is on your windshield. This is a natural human instinct for parents, but it’s also one that’s emotionally harmful a lot of the time — so try to take the magic pill that causes you to resist that one. But then there are the employers and the graduate schools that are inhabited by gatekeepers who may be snobs or elitist. Let’s just face it. And to them, prestige may make a difference. And it isn’t always easy to know ahead of time — particularly with a teenager who doesn’t know what they want to do with their life — how much that may matter. But we shouldn’t pretend that it doesn’t matter at all.

Brancaccio: So it’s possible that the prestige of the undergraduate place that you’re looking at could help you then get into the graduate school that you need or the professional school.

Lieber: Yeah. These are edge cases, sort of, because how much should we really rely on a 17-year-old’s convictions? But if you’ve got a daughter who is dead set on being an investment banker, and she’s [accepted] into the Penn State honors program for $100,000 for four years, and she’s [accepted] into Wharton, University of Pennsylvania undergrad for $300,000 — I can guarantee you that Goldman Sachs is not hiring as many 22-year-olds from Penn State as they are from Wharton. The same thing is true with your son who wants to be an anthropology Ph.D. student and has not wanted anything else for himself for years. The 15 or 20 best anthropology graduate school programs are probably going to bring more kids in from the quote unquote, “most prestigious schools” than they are from a random branch of a state school. It’s just true. So we can only know so much about how our 17-year-olds are going to turn out or whether they’re going to change their mind. But, again, we can’t assume that prestige means nothing. It will mean something, in some places, sometimes.

Brancaccio: There’s a piece of me, as outraged as I was reviewing the Varsity Blues case, that still said, “Well, it’s a lesson in how the world works.” I mean, the idea that we’re living in some kind of meritocracy, in general, is an illusion.

Lieber: I think that was maybe useful for some people to understand. I think particularly at the small-school level, the Division Three level. At the most selective schools in the country, they are stuffing each class with 20, 25%, 30% athletes. And a big part of what happened in the Varsity Blues scandal is that people used and abused the system for athletes to get a big leg up — no matter their grades or scores — by paying bribes and committing fraud to insert themselves into that system. So in that sense, I think it was helpful. There are all sorts of rules that are different for large groups of 18-year-olds that are not like your 18-year-old. And I think it’s important to have a healthy skepticism, perhaps even cynicism, and certainly knowledge about how the process works because the system itself works against transparency, and it does so on purpose.