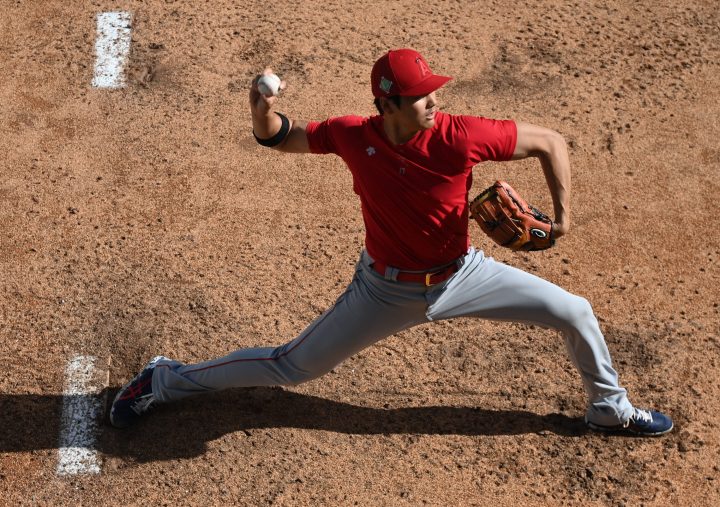 COPY
Shohei Ohtani of the Los Angeles Angels throws in the bullpen before a preseason game against the Los Angeles Dodgers at Dodger Stadium on April 5, 2022 in Los Angeles, California. Jayne Kamin-Oncea/Getty Images

Shohei Ohtani of the Los Angeles Angels throws in the bullpen before a preseason game against the Los Angeles Dodgers at Dodger Stadium on April 5, 2022 in Los Angeles, California. Jayne Kamin-Oncea/Getty Images
Listen Now

The Major League Baseball season gets underway later today, which will be a relief for fans.

For 99 days, the owners locked the players out while the two sides negotiated a new collective bargaining agreement.

They finally reached an agreement on March 10. One of the main sticking points was over how long players had to wait before they become eligible for salary arbitration.

Despite the backdrop of people getting paid to play a game, this is a labor story.

Teams don’t have to pay them more than the league minimum salary until they become eligible for arbitration – which usually takes at least three seasons. Former MLB executive Marty Conway said teams are using data analytics to pay the least amount for the most talent.

“Owners and general managers could look at players almost as a blind resume and say, ‘If I’m getting the same or better production from a player who’s less than three years, that I don’t have to pay into the tens of millions of dollars, I’m just going to do that,” Conway said.

Conway said as a result, average player salaries have decreased while the number of younger players has increased.

Under the new agreement, arbitration won’t happen any earlier, but the league will set aside $50 million per season to reward the best younger players.