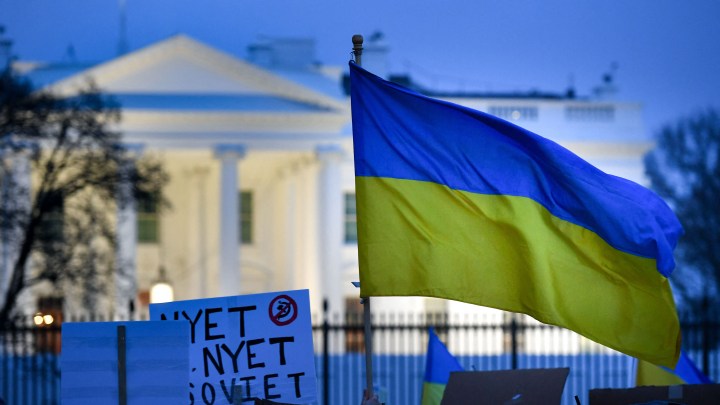 COPY
While Ukrainians will soon be eligible for temporary protected status, it is not a path to citizenship and doesn't include eligibility for programs like federal housing assistance or food stamps. Mandel Ngan/AFP via Getty Images

While Ukrainians will soon be eligible for temporary protected status, it is not a path to citizenship and doesn't include eligibility for programs like federal housing assistance or food stamps. Mandel Ngan/AFP via Getty Images
Listen Now

It’s been more than six years since Manuel González flew to the U.S. from Venezuela for what was supposed to be a vacation. As soon as he arrived in New York, he fell in love. First with the city, then with a man he met not long after he arrived. He decided to stay.

But being in the U.S. illegally was hard. He couldn’t find a way to adjust his immigration status and he couldn’t get a job using his engineering degree from Venezuela. There, he worked in TV and radio. Here, he didn’t have many options.

“When you don’t have papers for work and all that, the only jobs you are able to do is restaurant or construction,” González said. He chose restaurants.

Last spring, everything changed when the Joe Biden administration gave an immigration designation known as temporary protected status to Venezuelan nationals. When González heard, he couldn’t believe it.

González is one of more than 300,000 people currently living in the U.S. under TPS, “a temporary immigration status that is provided to nationals of specifically designated countries, typically because of an ongoing armed conflict or environmental disaster,” said Allison Norris, an immigration lawyer with Catholic Charities of the Archdiocese of Washington.

Once a country is designated, anyone from that country who was already in the U.S. is eligible to apply for TPS, which offers protection from deportation and a work permit — usually good for a year and a half at most.

“It can be extended, but it’s typically in chunks of 18 months,” Norris said.

Some countries have had their TPS designation renewed over and over again for years. “One that immediately comes to mind is El Salvador, which has had it since at least 2001,” Norris said. “These are folks who have been renewing their status every 18 months for two decades, in some situations.”

This means a lot of people with TPS are living in a perpetual state of limbo.

“For those who qualify, who had typically been living here without authorization, it’s a tremendous benefit, but it is limited,” said Hasan Shafiqullah, an immigration attorney at the Legal Aid Society in New York.

TPS gives people a work permit and protection from deportation, but that’s pretty much it.

Unlike refugees or people who have asylum, if you have TPS, you can’t get federal housing assistance or Medicaid, Shafiqullah said. “You cannot get food stamps, you cannot get Social Security or SSI, Supplemental Security Income benefits. Most benefits you’re not going to be eligible for. And it doesn’t lead to a green card.”

Having TPS doesn’t prevent someone from getting a green card another way, through marriage, family or work, or by getting asylum. But TPS itself is not a path to citizenship, no matter how long someone’s had it.

“The psychological weight of it is very difficult for a lot of my clients,” said Norris at Catholic Charities. “How can you really build a life like that? How can you think about buying property? Moving up in your job? If every 18 months they’re having to think, ‘Is this going to be re-designated? Is my work permit going to be granted in time? Am I going to have the over $500 per person to apply?’”

For Manuel González, though, the positives of TPS outweigh the negatives, at least right now. After years of being undocumented, he said, “finally, I see a light in the end of the tunnel.”

Having permission to be here — and the right to work — makes his whole life feel more open.

“First, I want to change the kind of work I have,” he said. “I want to explore.”

Instead of working in restaurants, González wants to try to find his way back into TV or radio, or at the very least find some kind of office job. And he’s a lot more optimistic, now, about his future. 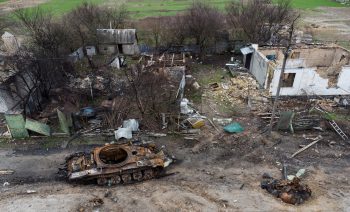