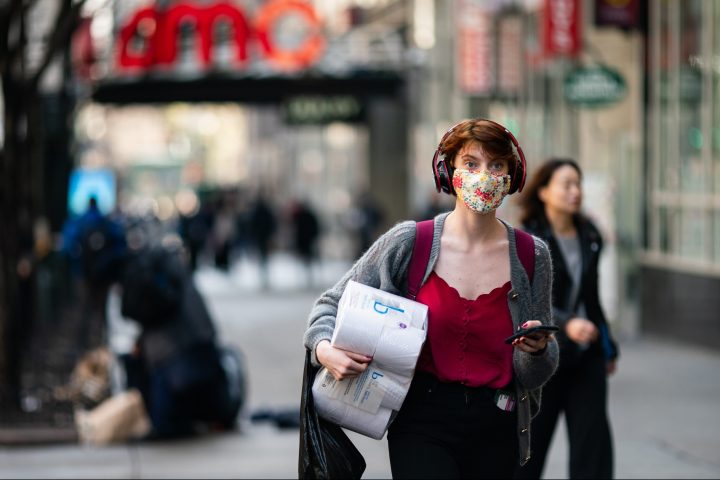 Two years ago Friday, the World Health Organization declared COVID-19 a pandemic. Millions of Americans found themselves suddenly out of work as people stopped going out to eat, shop, travel and more. At the time, former Treasury Secretary Lawrence Summers said on Bloomberg TV, “In a sense, economic time has been stopped, but financial time has not been stopped.”

In March 2020, we spoke to Seth Shulman and April Oliver about what this economic disruption meant for them. Shulman, a musician in Chicago, was out of work. The school he taught lessons at closed, and live shows were all canceled. Oliver, who lives in Bozeman, Montana, had just received a job offer from an environmental consulting company that she characterized as “everything that I had dreamed of,” but the offer was delayed indefinitely because the lab closed. Shulman and Oliver tried to cut back on their spending as much as possible, but payments like rent, credit card bills and other debts were still coming due each month.

Now, Shulman, 27, and Oliver, 29, are back to work at their old jobs, after around three months of unemployment in 2020. For Shulman, that means “gigging and teaching pretty much nonstop,” but he noted that money is still very tight for him. Oliver is working at the environmental consulting job and bought her first home last year.

“Back at the beginning of the pandemic, I felt more uncertain and unstable,” Oliver said. “Now, I feel more stable, but I’m more hopeless, if that makes sense.”

We caught up with Shulman and Oliver to talk about their economic stresses two years into the pandemic, despite the jobs recovery.

Shulman and Oliver both got sick in January, during the omicron surge.

“Luckily it was pretty much asymptomatic,” Shulman said. “But as a contractor, if I can’t work, there’s no money.”

“I will probably burn through most of my vacation time or else take this time unpaid, depending on how quickly I can recover,” she said.

Student loans are another big stressor. Shulman has around $40,000 in student debt and hasn’t been paying back his loans through the pandemic because of the pause placed on federal student loan payments, which expires in May.

“I live paycheck to paycheck. I live by every dollar,” he said. “Could I start paying them now? Yes, but that would mean I’m literally not saving any money.”

Oliver graduated without student debt, but her partner, whom she lives with, has about $70,000 in student loans. Like Shulman, he stopped paying them during the pandemic. Once the payments resume, she said, money will be “real tight” for them.

“We bought this home hoping to have and raise our kids in it,” Oliver said. “How am I gonna save for college? I’m living paycheck to paycheck still. I’m not putting very much money into savings anymore.”

Inflation was 7.9% year over year in February, hitting another 40-year high. Shulman has long been worried about price increases and saw the rent on his last apartment go up $600 a month after he and his girlfriend moved out. He’s concerned about his grocery bills too.

“We always get things that are on sale, or basically giant things of rice and beans as cheap as you can make it,” Shulman said. “When you start seeing those things go up in price or the price of potatoes, when [those] things are supposed to be so cheap, it kind of gets you. Because you literally live off of that.”