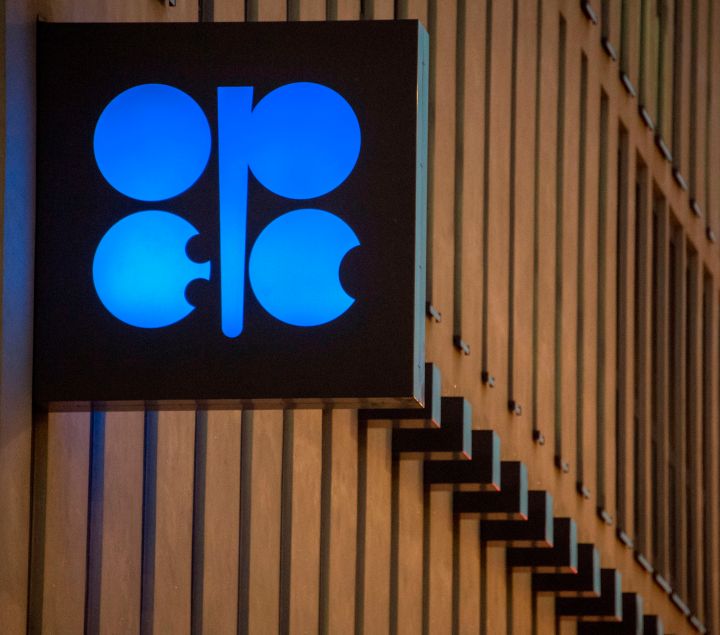 COPY
OPEC is in "a very nice place of having super high oil prices and also being partially aligned with with Russia, and they don't want to destabilize either," said Fernando Valle, senior energy analyst at Bloomberg. JOE KLAMAR/AFP via Getty Images

OPEC is in "a very nice place of having super high oil prices and also being partially aligned with with Russia, and they don't want to destabilize either," said Fernando Valle, senior energy analyst at Bloomberg. JOE KLAMAR/AFP via Getty Images
Listen Now

While Russian oil accounts for only 3% percent of U.S. oil imports, the new U.S. ban on Russian oil will contribute to higher wholesale prices for crude, with retail prices to follow. Where is OPEC in all this?

For that answer and more, Marketplace Morning Report’s David Brancaccio spoke with Fernando Valle, senior energy analyst at Bloomberg Intelligence. Below is an edited transcript of their conversation.

David Brancaccio: Quickly, just to purge this thought … you would have seen Russia’s deputy prime minister warning that stopping Russian oil will drive the global market price to $300 a barrel?

Fernando Valle: Yeah, that’s probably a little bit of an exaggeration. So, not entirely surprising, but it is going to be a difficult time replacing that oil production, the 4 million to 4.5 million barrels a day that Russia exports of oil, and then all the natural gas that they export, both liquefied natural gas and pipeline gas through Nord Stream. And the biggest challenge is that OPEC, who is the largest and readiest to fulfill those extra barrels, seems unwilling to do so.

Brancaccio: This oil producer cartel doesn’t seem to be helping Europe, U.S., Japan and other allies in this matter.

Valle: Yeah, they’re caught between a very nice place of having super high oil prices and also being partially aligned with Russia, and they don’t want to destabilize either. So for them, $130 Brent oil really pads their country revenues and improves the quality of life for their own citizens and for their own regimes. But at the same time, they don’t want to risk alienating Russia by coming in and taking their market share. It’s a very delicate equilibrium in the oil world.

Brancaccio: Yeah, or prompting a recession in places like the United States, in which case energy demand would go down.

Valle: Well, the high oil price could actually do that over time. We certainly are aware of demand destruction at these levels. Emerging markets probably suffer first, they did have a bit of a pullback with the dollar weakening even in the U.S. and in Europe. It’s going to start weighing on consumers’ ability to spend. We did have a lot of increase in income and savings during the pandemic, thanks to government transfers. So we can absorb a little bit more now. But still, at some point, you will start to hurt consumers’ pockets.

Brancaccio: Venezuela has oil – the U.S. and Venezuela are talking now after a period of nasty relations. The Iran nuclear deal is under re-discussion. Iranian oil could come back that way.

Valle: Yes, there is potential in Iran, about 1 million barrels a day that could be added. There’s still also a question as to the alignment of Iran with the U.S. versus Russia, Venezuela, similarly, they actually – while the U.S. imposed sanctions – relied on Russia. So the likelihood of those countries playing ball with us seems low. Venezuela also brings a very interesting crude quality to the market that that’s lacking in the U.S., and that would be important. The issue with Venezuela is that their infrastructure’s in really poor shape, and will require more than just easing crude sanctions – you’ll probably require some capital to make a meaningful impact on global supply. Like I said, Iran can bring a little bit more a little bit quicker, but Iran’s already up significantly from 2020, for example, and they export those barrels to Asia, to China, to Pakistan. So there’s only a little bit more, incremental, not enough to offset the whole Russian loss, but it would be meaningful.