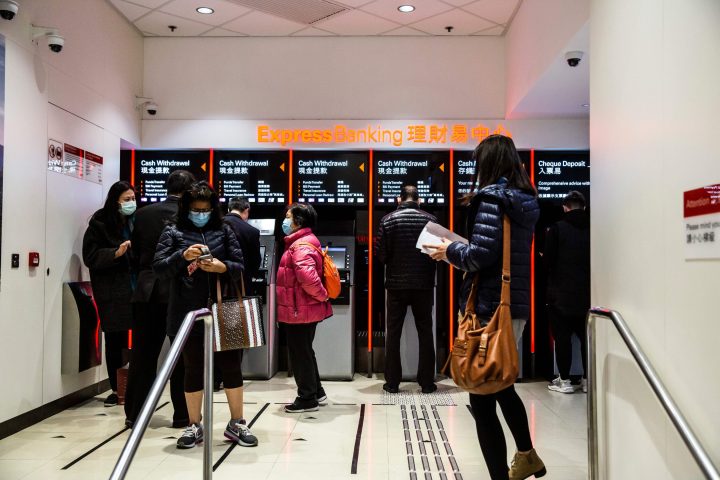 COPY
China's CIPS interbank payments system is seen as a possible avenue for Russia after it was cut off from the more widely used SWIFT system. ISAAC LAWRENCE/AFP via Getty Images

China's CIPS interbank payments system is seen as a possible avenue for Russia after it was cut off from the more widely used SWIFT system. ISAAC LAWRENCE/AFP via Getty Images
Listen Now

The U.S. and Europe moved to cut many Russian banks out of the SWIFT global payments system.

These sanctions make it harder for Russia to participate in and profit from the global economy. But they also could push Russia away from transactions made in U.S. dollars and toward alternative payment systems, including China’s. This is something the U.S. and its allies are worried about. For more on this, “Marketplace Morning Report’s” David Brancaccio spoke with China correspondent Jennifer Pak. Below is an edited transcript of their conversation.

David Brancaccio: So, an alternative for Russia could be China’s cross-border interbank payment system, acronym CIPS. How’s it work?

Jennifer Pak: China’s CIPS connects participants inside China and out to do trade or investment and then settles those transactions using Chinese yuan.

Brancaccio: Well, How’s it different from the SWIFT global payment system based in Belgium?

Pak: Right. So let’s say I sell you shoes. Normally, you’d reach for PayPal to settle it in U.S. dollars, right? But instead, you could use CIPS and pay me in Chinese yuan. And it actually relies heavily on SWIFT’s financial messaging services. So you can think of CIPS as being enhanced by SWIFT rather than working against it.

Brancaccio: But in the Chinese currency, that’s key. What kinds of institutions currently use the CIPS system?

Pak: Well, CIPS says they have roughly 1,100 financial institutions from 100 countries, but they’re mostly from China, and also ones from Russia.

Brancaccio: Now, there’s concern that as Russia is cut off from SWIFT, it could increase Russia’s reliance on this Chinese payment system. Is it feasible that Russia could effectively cushion the blow of being cut out of SWIFT by turning to this alternative system?

Pak: It’s feasible in theory, but not in practice just yet. For example, CIPS has its own messaging function, but this is going to take time to build up, and then, the Chinese currency isn’t as popular – just 3% of global payments in January on the SWIFT network were in Chinese yuan versus 40% In U.S. dollars. Plus, CIPS might not be an alternative if foreign sanctions are against individual banks.