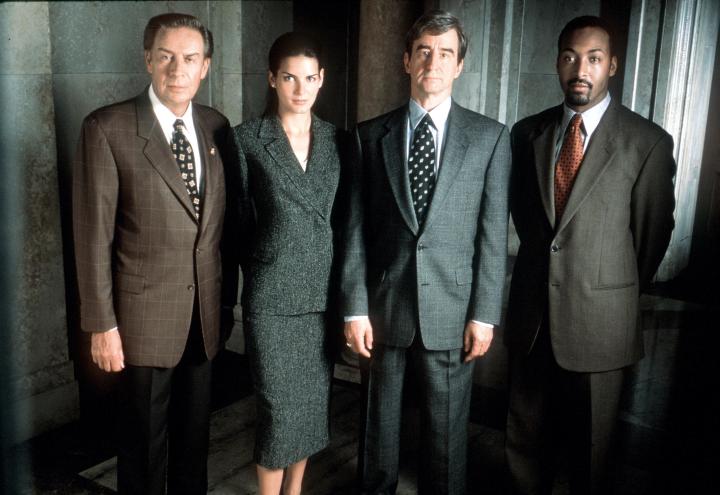 Tonight, a new episode of “Law & Order” will air on NBC for the first time in more than a decade. The original series ran for 20 years and inspired a whole universe of spinoffs. Now, the original is back with the same format and the same sonic signature.

“Law & Order” may not have changed much in 30 years, but the business of television certainly has.

When “Law & Order” premiered in 1990, it was groundbreaking. There had been lots of shows about police: that would be the “law” side of things. But this one added the drama of the courtroom, the “order” part.

Alexander said that approach led to phenomenal success and influenced TV shows that came later “in a way that has defined the antihero dramas that we are now in this in this age of.”

The original “Law & Order” did so well in part because television was in a different age when it premiered.

Brian Wieser is with the company GroupM, which buys advertising time for its clients.

“Law & Order” came about at a time when traditional network television was far more dominant in the media industry than it is today,” he said.

Now, with streaming, there are way more choices about what to watch, including NBC’s own service Peacock, which will air “Law & Order” a day after the network.

All that competition continues to make broadcast television less desirable for advertisers.

“The capacity of television to satisfy a marketer’s goals is going to be even more diminished going forward than it is today,” Wieser said.

Another thing that’s diminished is the popular perception of police.

Daniel D’Addario, chief television critic at Variety, said the “Law & Order” revival nods to that by including a new character: A police officer who uses unethical tactics to obtain a confession.

“What struck me as different was an increased attentiveness to the idea that cops are not always and in everything they do heroic,” he said.

D’Addario said it’s an attempt to meet audience members where they are, and maybe bring in some people who didn’t see the show the first time around.