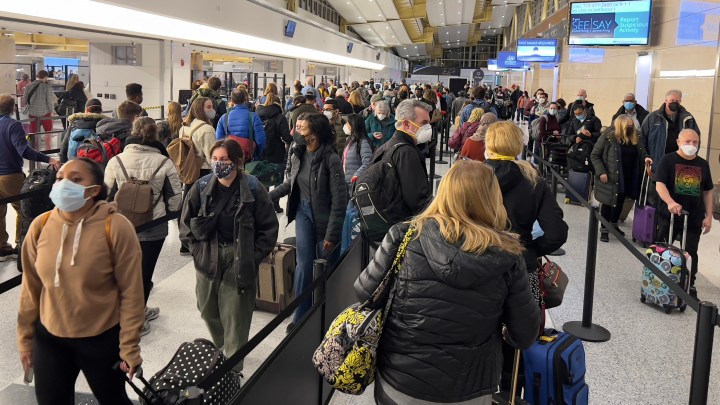 It’s a long weekend for many and also February vacation week for some public schools. That means a lot of people are traveling.

More than 2 million people went through Transportation Security Administration checks Friday and Sunday — the first time many folks have traveled since just after New Year’s. There have been other signs recently too that travel is picking up as the omicron wave subsides.

Two years into the pandemic, a pretty clear pattern has emerged: After every wave of infections comes a wave of travel.

“What we’re seeing is that we’re kind of on a two- to three-month timeline with when travel windows are really trending,” said Adit Damodaran, an economist at the travel site Hopper.

During the height of delta’s spread, travel fell off. Then? “Coming off the delta variant wave, there was this huge resurgence in demand — only for the omicron variant to sort of surface late November, early December,” Damodaran said.

Now that the omicron wave is subsiding, the demand for travel is surging again.

There’s evidence of that at Hopper and all sorts of travel-related companies, from Marriott and Disney to Uber and Lyft.

“So far in 2022, travel demand expressed through Google search activity is up relative to where it was in December,” said Craig Ewer at Google Flights.

Most of that travel is still happening domestically, which has been true throughout the pandemic. But “since January, there has been a pretty steady increase in demand for international travel,” he said.

Airbnb is seeing that too in its booking data.

“We’re really starting to see a return not just to people being energized to travel, but also to start crossing borders again, to start going back to big cities again,” said Christopher Nulty, an Airbnb spokesperson.

The company is also seeing something else return — people are booking trips further in advance.

“In the heart of the pandemic, people were choosing to travel sort of last minute,” Nulty said. “We’re now seeing people make the decision to travel a little bit further ahead of time, which, in our minds, is a signal of their confidence.”

Nulty said it’s also a signal that people are eager for something to look forward to. 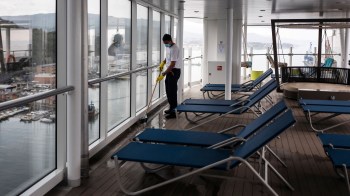