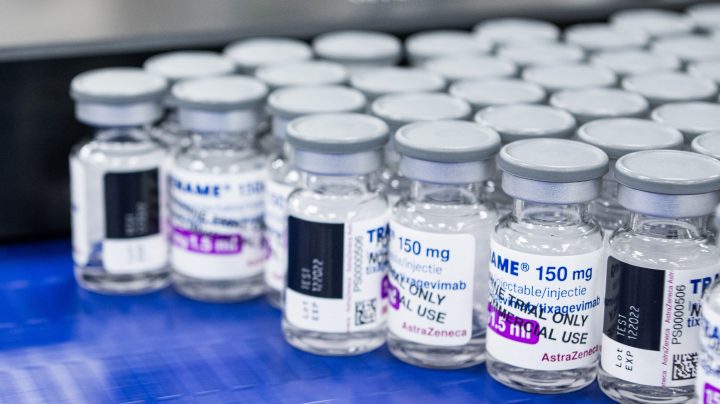 COPY
While global vaccination rates hover at around 60%, vaccine rates in Africa are just a fraction of that. Jonathan Nackstrand/ AFP Getty Images
COVID-19

While global vaccination rates hover at around 60%, vaccine rates in Africa are just a fraction of that. Jonathan Nackstrand/ AFP Getty Images
Listen Now

There are hopes here in the U.S. that life is close to returning to normal, or a kind of normal where COVID-19 has an ongoing presence. People are starting to use “endemic” over “pandemic,” for example, and COVID-19 vaccines have a lot to do with that shift.

About 62% of the world population has received at least one dose of a vaccine, according to Our World in Data. But in the poorest nations on Earth, that’s down to about 11%. Throughout Africa, the average is at about 12%.

“I think it’s a huge announcement. It shows that the ability for others to make MRNA technology is there,” said Tahir Amin, executive director of the Initiative for Medicines, Access & Knowledge, a global nonprofit.

But some question whether these countries can build the infrastructure needed. Carri Chan, with Columbia’s Healthcare and Pharmaceutical Management Program, said the mRNA vaccine is more than the sum of its parts.

“It has fairly stringent requirements with temperature and procedure. And so just having the recipe is not enough,” Chan said. She said it takes partners with know-how to produce the vaccine at scale.

Without those partners, it could take longer. “I think the uptake is going to be slow, in large part because it’s going to take time to build up the capabilities to have this large productions,” she said.

Moderna declined to comment on whether it plans to support the World Health Organization initiative in any way. Pfizer did not respond to Marketplace’s inquiry.

Advocates continue to push for the vaccine makers to fully share their valuable intellectual property. Tim Kehoe, who teaches economics at the University of Minnesota, said the WHO’s initiative is an important step if the global economy is going to recover from the pandemic.

“We’re hoping we’re going to have a future in which the pandemic isn’t running the world. And to do that we got to get the world vaccinated,” Kehoe said.

Currently Africa produces just 1% of all COVID-19 vaccines. According to Kehoe, the sooner the WHO initiative can get going, the better. 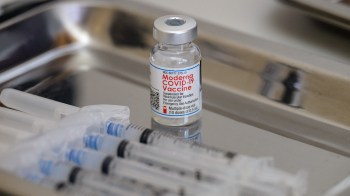