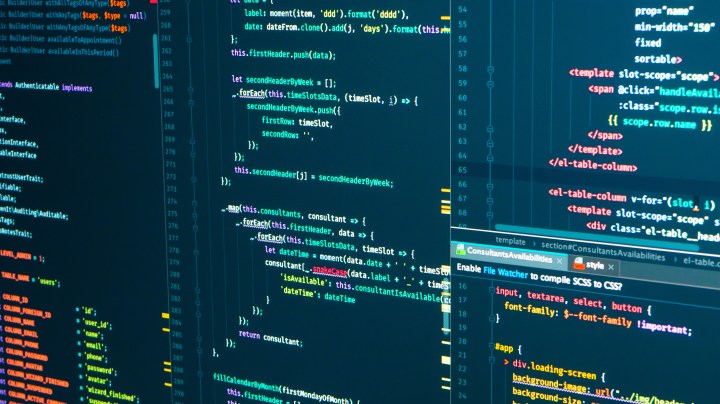 What happens if we become too dependent on algorithms that make our shopping, media or other choices a little easier? Will that eventually erode our critical thinking?

That question is the focus of a new book from NBC News tech correspondent Jacob Ward. It’s called “The Loop: How Technology Is Creating a World Without Choices and How to Fight Back.”

“It’s not just that this, you know, technology is stepping in for our critical faculties,” Ward said in an interview with “Marketplace Tech’s” Kimberly Adams. “It’s really, really effective and the long-term effects of that, I worry, might outweigh the short-term conveniences of it.”

The following excerpt from “The Loop” describes how an algorithm was used to mediate a divorce case and what the consequences of reducing the human element in such a personal event could be.

Yacqueline and I are sitting together in a kitchen in the suburbs of Northern California, and she’s explaining how she decided to dismantle her relationship with her son’s father. (I’m withholding her last name at her request.) They were together for five years before she realized something had to change, and she spent another two years searching for equilibrium. “We tried everything. We tried counseling together. We tried going to church.” But something just stood in the way. “I just wanted us to be able to be friends,” she says. “How we were before the baby. Before everything happened. But since we had so much history we couldn’t.”

For generations, the prevailing assumption has been that conflict between parents is so terrible for the child that if a couple cannot get along, one of the parents should take sole custody. But dozens of studies in the last twenty years have found that children benefit from joint-custody arrangements even if the parents are in conflict much of the time, and that winner-take-all custody arrangements not only rob the child of time with a father or mother who loves them, but can also intensify conflict between the parents. To me, separation and divorce look too complicated to quantify in any way that AI, much less human researchers, could analyze – a vast, immeasurable storm cloud of individualized triggers, childhood traumas, flung phones, and raised voices. But it turns out that conflict between lovers, and especially between parents, follows extremely predictable patterns. In fact, statisticians have found the individualized factors to be so consistent, they describe the three big ones in a single acronym: PIC, which stands for the quality of the parent-child relationship, the family’s income level, and the degree of conflict. And when you control for the PIC factors, it turns out that joint-custody arrangements work out better for a child than putting her or him in a sole-custody arrangement.

The legal and social model for parenting as a divorced couple seems to be adapting to this new understanding. In Western nations, and particularly in Scandinavia, where the most research has been done, joint custody is increasingly common. In the United States, states like Wisconsin see as many as 30 percent of children in custody cases going into joint arrangements. In Sweden, it’s over 60 percent.

But for parents like Yacqueline, speaking to me through the fatigue of managing a full-time job, a young child, and a man with whom she cannot get along, the job of putting all of that together was too much to do on their own.

“I felt like we were both adults and we should both be able to talk things out and put our emotions aside to raise our child together. I figure that would be the logical thing to do. And we tried that for a couple months.” But she and her ex simply could not function together, she tells me. Even the smallest logistical negotiations would devolve into verbal abuse. ‘So finally we went back to court,” she says. The judge, looking at their history of mediation, co-parenting classes, even a temporary restraining order, told them that from now on, all of their communications had to go through a new, AI-fueled mediation system.

Yacqueline reaches into her purse and brings out her phone to show the system to me: a communication and recordkeeping app called coParenter. She swipes through a series of screens, shows me text messages between her and her ex, a calendar of doctor appointments and karate lessons, and locations on a map where she or her ex has indicated they picked up or dropped off their son. She also shows me the times in text conversations when the software has interrupted communication between Yacqueline and her ex with a pop-up message, urging them to think of their child, or offering help. It gives her the chance to speak with a mediator, for instance, and asks whether she’d like to speak alone or include her ex. Then it offers a list of likely topics to sort through, from communication to financial disagreements to daycare.

coParenter locks onto the patterns in how couples tend to negotiate with one another, and uses machine learning to anticipate what’s coming next in the conversation. It turns out that stuff is actually pretty easy to spot. “When people want to swap days, or get extra days, there are only so many ways to ask for that,” says Jonathan Verk, who cofounded the company. His system uses AI to look for patterns in what couples ask of each other, and to then recommend an arrangement the moment the language in a text exchange suggests that this negotiation is like others the system has seen. “We have 20,000 agreements that have come together about swapping days, trading holidays, that kind of thing,” he says. When Yacqueline and her ex began talking about karate lessons for their son, the system interrupted their chat with a perky suggestion that they simply adapt an informal agreement that had been used thousands of times before by other co-parents sending a child to everything from summer camp to cello lessons, and they wound up adapting it as an agreement between them. And it worked.

Where the app truly tips us all toward the future is where it not only tries to forge agreement, but actively attempts to head off disagreement. Yacqueline, for my benefit, carefully types in a message full of foul language, and up pops a warning politely explaining that this sort of abusive language can set everyone back. “I have a potty mouth, but I don’t say as many bad words anymore,” she says with an embarrassed laugh. “It’s like bowling! It sets bumpers at least so you’re going in the right direction.”

Yacqueline says she loves this sort of guidance, that it has only improved the way she and her ex behave toward one another. coParenter claims that more than 80 percent of the couples who begin using their software never go before a family court judge again. That’s been true for Yacqueline. She says the program has been transformative, and being supervised by software in no way bothers her.

“My son’s only five, he’ll be six soon. So we have a good amount of time until we’re done dealing with each other.” I ask Yacqueline if she can imagine using coParenter all the way until her son is an adult. “Oh absolutely,” she tells me. “I use it on a daily basis. I don’t see myself communicating outside of that.”

Yacqueline says she can detect that there is a larger pattern at work, that in many ways our relationships are an echo of the prior generations’ relationships, and that for her and her ex, as for any couple, breaking out of that loop is very difficult.

“My mom and my dad weren’t together. His parents weren’t together, either. So we grew up in a pattern of not having both of our parents. So we don’t know what it’s like to have both of them.” She sighs. “The way he reacts and the way I react: it’s similar to what we’ve been through.” Like any parent, Yacqueline is making it up as she goes along, and she says that being coached along the way is incredibly helpful.

What is uncharted here is whether Yacqueline and her ex are going to be creating a new echo for their son, one that will affect him long after they’re no longer in charge of him. This is The Loop reading our behavioral patterns, and then steering our behavior for us. Systems like coParenter, which find the patterns we cannot see ourselves, ostensibly stand in for our System 2, the higher functions that have helped us build systems of law, mediation, morality. But they only engage our System 1. With coParenter at work, we don’t have to take a breath and think about the bigger picture. We can simply follow the onscreen prompts more or less unconsciously.

I don’t know whether this is good or bad; I only know that the effect is incredibly powerful, and it’s likely to last across generations. Yacqueline’s son is receiving the benefits of being able to enjoy both of his parents. He is watching them somehow get past their tensions and function together through the mysterious mechanism hidden inside their phones. But what is he learning? Is he learning how to communicate with the most difficult people in his life ? Are Yacqueline and her ex modeling anything for him at all, except the bland collegiality they’re reading line for line from a series of AI-driven prompts? Will he grow up with an idea in mind as to how separated parents, rival coworkers, estranged friends should communicate? Will that be in his brain somehow? Or will he just come to rely on what will, by then, be a sophisticated but prosthetic set of social instincts, communicated by app? Is this training? Or are these training wheels that never come off? Will The Loop cause successive generations to lose sight of what it is they like about art, about music, about each other?

Excerpted from “THE LOOP: How Technology is Creating a World Without Choices and How to Fight Back” by Jacob Ward. Copyright © 2022. Available from Hachette Books, an imprint of Hachette Book Group, Inc.