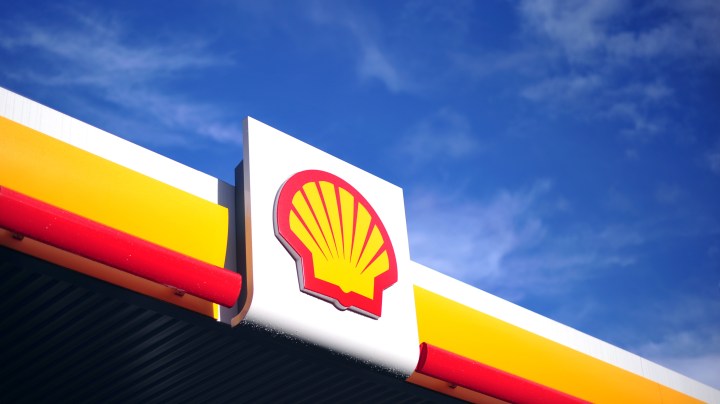 COPY
Shell announced on Thursday that it would become the first supplier of sustainable aviation fuel in Singapore. Carl Court/AFP Getty Images

Shell announced on Thursday that it would become the first supplier of sustainable aviation fuel in Singapore. Carl Court/AFP Getty Images
Listen Now

Royal Dutch Shell Thursday touted the news that it had become the first supplier of sustainable aviation fuel in Singapore, which the company hopes it can soon expand to the rest of Asia.

With longer distances and heavier loads, getting the aviation industry to carbon-neutral is seen as a tough nut to crack.

Remember that part at the beginning of “Back to the Future II,” where Doc opens the lid of Marty’s trashcan and starts putting banana peels into the DeLorean’s fuel tank? The suggestion was that we would use waste to power our vehicles in the future.

We’re not that far off when it comes to sustainable aviation fuels (SAFs), according to Joshua Heyne, associate professor at the University of Dayton’s school of engineering.

“We’re not packing quite the same energy density as Doc would need to fly around in the DeLorean. But waste feedstocks are really the first commercialized SAF feedstock source,” he said.

SAFs are what’s known as a drop-in fuel, meaning airlines can blend it with jet fuel and put it in a jet without completely redesigning the engine.

“That’s a really big deal,” said Kristin Brandt, a research engineer at Washington State University. “Because an airplane lasts 30 or 40 years, so if you’re having to change over airplanes for new technology, it’s a massive amount of capital.”

Shell said it aims to produce around 2 million metric tons of sustainable aviation fuel a year by 2025, more than 10 times what it currently does.

Multinationals like Shell focusing on sustainable aviation fuels is good, but only one piece of the puzzle, said Dan Rutherford, aviation director at the International Council on Clean Transportation. More innovation and extensive regulation are needed, he said, to encourage a rethinking of the entire airline industry.

“I’ve been watching this space for about 10 years and really haven’t seen the needle move. It’s because voluntary goals don’t work. They don’t drive markets.”

The Biden administration has set a goal of net-zero emissions in aviation by 2050.