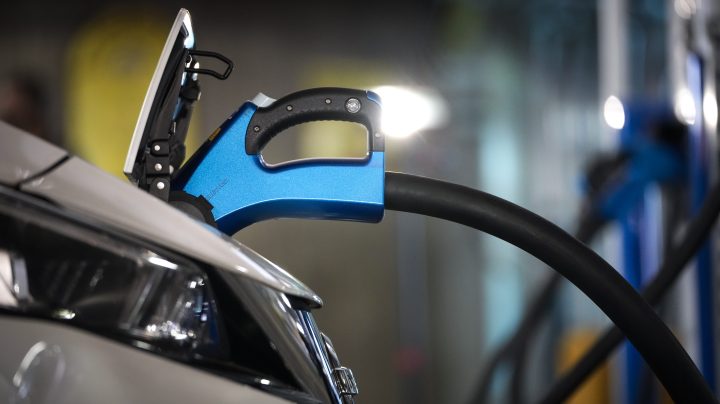 The Joe Biden administration laid out guidelines Thursday for how states should spend $5 billion in new infrastructure funding to amp up the country’s electric vehicle charging network. The focus is on interstate highways.

For EVs to catch on in America, they’ve got to be able to handle the classic American road trip, said Ethan Elkind of the University of California, Berkeley.

The new guidelines call for fast chargers to be installed about every 50 miles along the most traveled interstates in the country. “Fast charges are really key because they start to approximate how quickly you can fill up a gas car at the gas station,” Elkind said.

The promise of being able to recharge in about half an hour, pretty much anywhere, could quell the range anxiety consumers cite as a top concern about electric vehicles.

But most days, Americans aren’t driving anywhere close to the 200-mile range of the average EV, according to Jessika Trancik at the Massachusetts Institute of Technology.

“We’re not traveling for five, six, seven, eight hours a day in our vehicles on most days. We’re using our vehicle much less of the time, and we’re stopping for more of the time,” she said.

The places where we stop the longest, like home and work, generally make the best places to recharge. “You can just plug in conveniently when your car’s parked anyway. You just get used to the rhythm, the routine, and then you don’t have to make extra stops like you would to fill a gasoline vehicle,” said Sam Houston, with the Union of Concerned Scientists.

She said building out a better network of chargers in neighborhoods is also needed for widespread EV adoption, particularly for apartment dwellers who can’t always install their own electric hookups. The infrastructure package includes $2.5 billion to help local governments make those investments.