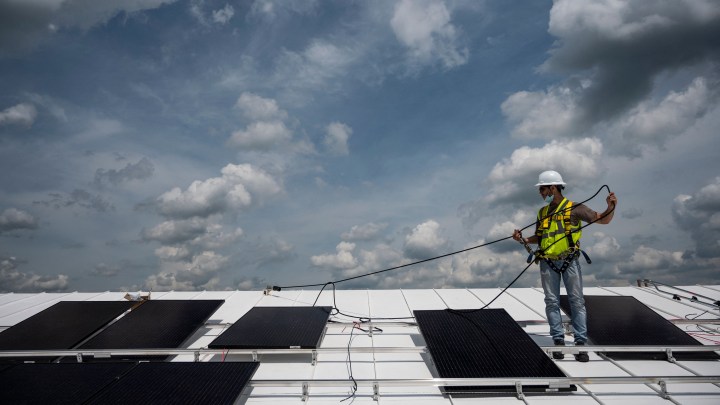 COPY
Energy experts say grids are not prepared for the tidal wave of renewable energy coming their way. Andrew Caballero-Reynolds/AFP via Getty Images
A Warmer World

Many solar projects are underway across the country, but getting them all feeding the electricity infrastructure is not easy.

Case in point: PJM, the country’s largest grid operator, which works in 13 states and the District of Columbia. It recently said it’s going to change how it evaluates new applications to connect while it works through a long list.

​As costs have fallen for solar and wind power as well as battery storage — and with the help of government incentives and mandates — the number of proposed renewable energy projects has exploded.

It seems everyone wants permission to connect to the grid at the same time. Wait times have crept up to 3½ years, according to research by Joe Rand, senior scientific engineering associate in the electricity markets and policy group at Lawrence Berkeley National Lab.

Part of the problem, per the Solar Energy Industries Association, is just inefficiency.

“Effectively, right now we have a process that is broken,” said Gizelle Wray, who directs regulatory affairs at SEIA. “We see continual back and forth with grid operators. There’s no streamlined process on how to do this.”

And many projects don’t ever make it, Rand said. “Historically, roughly a quarter of these projects get built and reach commercial.”

You might think that information would be available to developers ahead of time, but Rand said it’s often not.

“To some degree, they might be entering these queues to get some information as to the cost of that interconnection,” he said.

The fact they have to do that suggests that grids are not prepared for the tidal wave of renewable energy coming their way.

He and others say grid operators need to get better at planning — planning to expand the grid to make room for renewables and planning to help them connect at all.