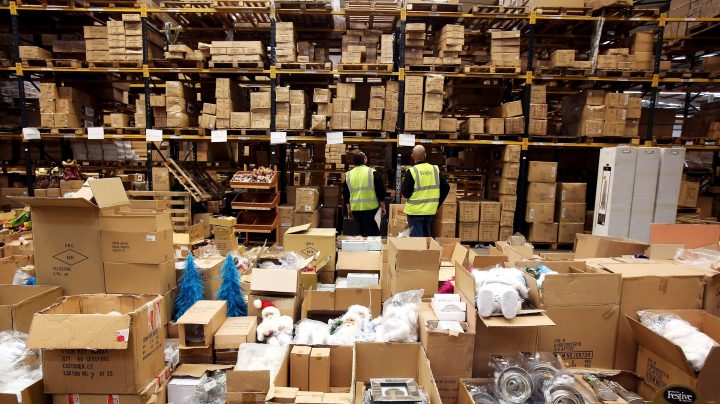 Something unusual is going on in this economy when it comes to inventories. Normally, they go down between December and January — the holiday shopping season ends, and companies don’t want to start the year with a bunch of stuff sitting on the shelves. But this year, inventories increased from December to January, according to the Logistics Manager’s Index.

The issue starts with us, the consumers. Retail sales fell in December from the month before.

“We didn’t spend the money in December that all these firms were anticipating we were gonna spend,” said Zac Rogers, assistant professor of supply chain management at Colorado State University in Fort Collins. Rogers puts together the Logistics Managers’ Index.

To make matters worse, he said, businesses have been anticipating heavy shipping delays, thanks to the congested supply chain.

That is not good for retailers, especially when those late items are seasonal — like holiday decorations or winter coats.

“If you miss the season, you’re holding on to a lot of working capital that is basically tying up a lot of your money,” Sucharita Kodali, a retail analyst with Forrester Research, said.

Retailers could cut prices on those goods or store them until next season. They could also sell their extra inventory to other retailers, according to Mickey Chadha, who works at the financial services company Moody’s.

“And that’s a business model that’s done very well for off-price retailers like TJX or Ross or Burlington,” Chadha said.

But those off-price retailers tend to buy up inventory at a steep discount, and storing items comes with growing warehousing costs.

This only adds to the other cost pressures businesses are facing, said Brian Yarbrough, a consumer research analyst at Edward Jones.

“Input costs are up,” Yarbrough said. “Combined with transportation costs are up. Combined with the supply chain issues. Combine that with labor rates that are up. Across the board, companies are seeing higher costs.”

Consumers might find some discounts here and there, but Yarbrough said to expect higher prices to persist through the rest or the year. 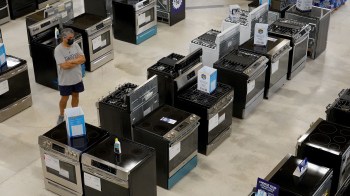